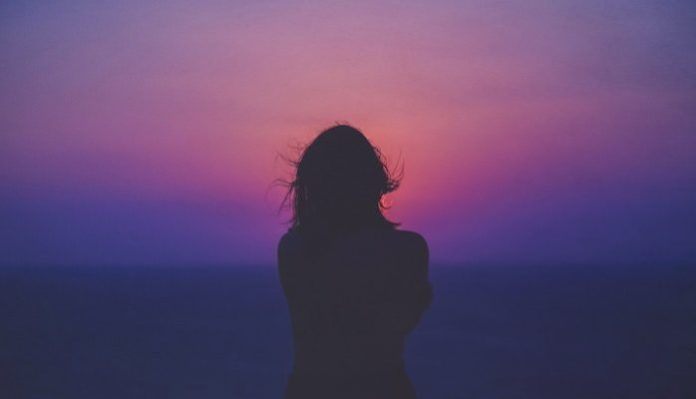 Best friends also make life-changing events easier to handle. So when my best friend and I were pregnant at the same time, I was beyond excited. I envisioned we would share countless laughs trying to figure out how to stuff our growing bellies into clearly wrong-sized maternity clothes options.

We’d get together and eat the weirdest food combos we could think of and there was no doubt we would eventually become tired-as-hell parents together.

It was perfect and it made transitioning to being a parent less scary.

One morning, while I was trying to pull my too-tight jeans up, I started cramping. I called my friend who told me she was feeling the same thing: weird cramps that felt exactly like the few days before your period comes. Totally normal, we concluded. But when I started bleeding and the cramps got so bad that I couldn’t stand, I knew what was happening: I had a miscarriage. And I was devastated.

I didn’t realize a pregnancy that was only a handful of weeks in could cause so much pain and sadness when it was taken away. I was mourning the loss of what could’ve been and grieving took a lot out of me. Everything changed from there. The grief of miscarrige was overwhelming.

Instead of leaning on my best friend, telling her right away what happened so we could sit together and eat ice cream, I ignored her calls.

I didn’t want to break her “innocent pregnant” bubble because just a few days prior, I, too , was blissfully unaware of how quickly it could all be taken away.

I didn’t want my sadness to make her fear her pregnancy. I didn’t know how to be happy for her and mourn for me at the same time.

I was thankful she wasn’t going through what I was but truth be told, I was also angry and jealous. When you have a miscarriage it can be hard not to focus on the “What did I do?” or “Why did this happen to me?” questions that bounce through your head. I wanted to be pregnant for a long time; I tried for for months … while my friend was surprised by her pregnancy test results.

Instead of my friend and I talking on the phone about the weird fruit our unborn child resembled that week, we danced around the updates. She didn’t want to hurt me and I didn’t communicate my feelings very well with her. She tried to support me the best she could but it was complicated.

We were supposed to be mothers together. Instead, I watched from the sidelines as she grew, felt those kicks, and eventually welcomed her gorgeous child into the world.

Our friendship took a hit.

It was neither of our faults, just a chapter in our lives that no handbook covered. She had a baby and I had a miscarriage, and now that years have gone by, I see her daughter growing up and wonder what could’ve been.

It took a while to get back on track after that.

I had to allow my heart the space to grieve and not project that emotion onto her or her daughter, who was the same age my child would have been.

I felt guilty that my feelings and pain overshadowed her very happy pregnancy and I assume she also felt some anger toward me as well, though she never made outwardly expressed it.

When I met her daughter a month after she was born, my friend was patient, kind and welcomed me with open arms.

Holding her perfect child in my arms healed a piece of me that was aching to be the mother I wanted to be. I didn’t expect that to happen but it was exactly what I needed.

I went on to have more children and more miscarriages and each time my patient friend held my hand, knowing exactly what I needed.

Watching her daughter grow up no longer hits me hard in the heart.

Instead, I’m thankful I can see the magic in her eyes as she experiences the world and get to know another beautiful soul.

I realize now how important it is to communicate your emotional needs with your friends and when it comes to miscarriage and grief, those emotions can be complicated and messy, but caring for your heart is an important and necessary step.

Over the years, I’ve had time to reflect on this challenging period of life it’s made me appreciate what a true friend is:

Someone who doesn’t push you when you need your space.

Someone who does their best to help you, even when it hurts them.

Someone who will sit with you in silence when that’s all you need in that moment.