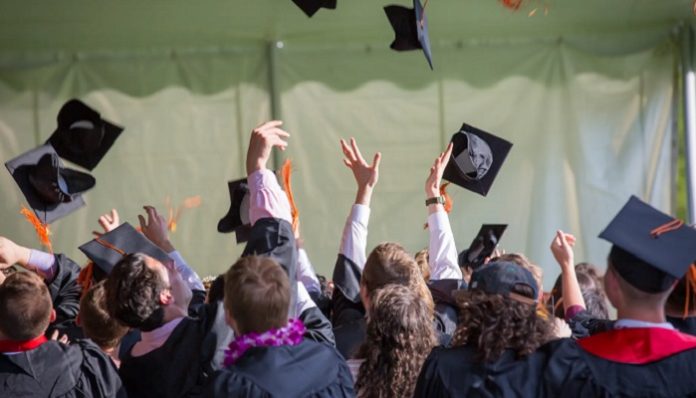 I never went to my high school graduation. I just didn’t care to attend it, and I knew my parents weren’t too excited to go either. I didn’t mind not going because it didn’t seem like a special occasion. To me, my graduation wasn’t something that I was extremely proud of. It was just one of the steps I had to take before I would get to go to college. I definitely took my high school graduation for granted. I thought that I wasn’t missing out on anything because I would definitely get to go to my university graduation. Except I was wrong. I have yet to wear a cap and gown and walk down the stage to get my diploma with my family and friends cheering and congratulating me on my big achievement.

When I finally finished my undergraduate degree I didn’t go to my graduation either. I never even took the graduation pictures. I felt as if my degree was not an achievement at all. I ended up at a university that I knew I would get accepted into, it was never a big mystery. I never got the jitters when the mail would come senior year, unlike some people who anxiously wait for their letter of acceptance. I knew that I would be going to this university and that I would graduate with an Honors Bachelor of Arts and that was it. I took all those things for granted.

I felt that I didn’t deserve to go to graduation because I didn’t achieve anything that I was extremely proud of. I was never the one to join sports teams or clubs during my university career. I thought I didn’t make too many real connections and friends in any of my classes, so I technically wouldn’t even know anyone at my graduation. I blamed all of this on the fact that I was not living on campus and it would take me an hour and a half (sometimes more) just to make it to campus. It was exhausting at times to be there and to apply that extra effort to stay past eleven on campus and then get home past one in the morning and be back at it the very next day around seven. I was definitely not up for that.

I did not appreciate the fact that I was attending a university that others would try hard to get into, or would dream of getting into. I regret not living on campus because I wanted to save money. I certainly did get to save money while living at home, but it turned out that I lost a lot more than what money could buy. I definitely would have felt like I belonged to the school if I actually lived beside it if I dined in the same halls as all the other students who lived on campus, and would get to go to those late night study sessions when the libraries were open 24/7 during exam times. I would have joined a bunch of extracurriculars that I would be rushing off to after my lectures, and I would have even made an effort to use the school gym without making up justifications not to go.

I could make up excuses as to why it was difficult for me to make the most out of my time in university. However, at the end of the day, I have no one to blame but myself. So I didn’t go to my graduation this past June. I didn’t take pictures. And I didn’t see my parents looking at me from the bleachers. But if I could do it all over again, if I could go back and give my younger self some advice, I would force myself to go away for school. To do something that I would not have taken for granted. I would try to put myself in difficult situations to value the outcome, no matter if it was good or bad. I’m definitely thinking of going back to school and doing everything right this time. And hopefully this time around I’ll make it to my own graduation.

This Facebook Group Is The New Dating Scene For Young Asians