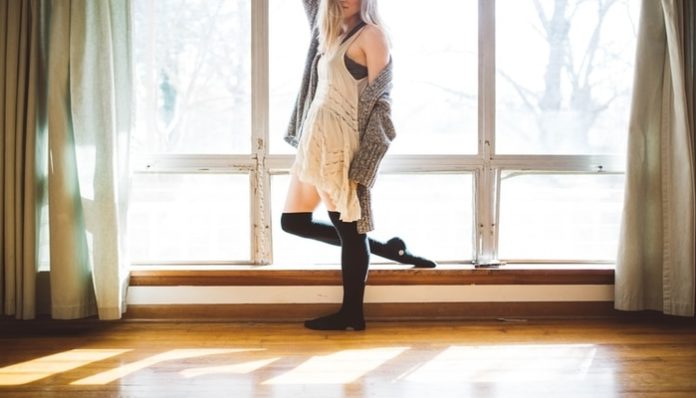 I’m basic. I own rose gold jewelry and a rose gold flat iron and once threw a rose gold-themed party. I shamelessly love Frappuccinos, am hopelessly devoted to The Bachelor, listen to Taylor Swift on repeat, and unironically read Rachel Hollis books. My bedroom looks like a sparkle bomb exploded, and I’d live in leggings and oversized sweaters if I could.

And despite what society may believe, there’s nothing wrong with my preferences.

Several years ago, society introduced us to the stereotypical “basic girl.” She can’t live without Starbucks, UGG boots, scented candles, and her iPhone. She started going to therapy because it’s “so trendy” and went keto because she believes that carbs are evil. She’s white, upper-middle-class, naïve, and uneducated. She may even be a bit racist and likely can’t recognize her own privilege. And because of her tastes and her lifestyle, she’s inherently mockable.

As our society has become increasingly more progressive, we’ve eschewed traditionally feminine preferences — the hallmark of the “basic girl” — in favor of a counterculture that expects women to “lean in” in order to survive a patriarchal world. The modern “cool girl” dons leather jackets and combat boots instead of dresses and heels. She listens to alternative music, and thrives in a traditionally masculine work environment. She’s intelligent, assertive, focused, highly self-aware, and willing to stand up to injustice. But she may have chosen to fight against some of the most feminine parts of herself — aspects of herself that she may have even loved in the past — in order to succeed in life.

Therefore, exclusively praising women who don’t pursue traditionally feminine activities and careers and assigning unfavorable traits to those who are continues to send the message that femininity is weakness. When we treat women who paint their nails or listen to bubblegum pop as if their tastes define them and assume that their belief systems are regressive simply because of their preferences, we undermine society’s ability to view them as equally intelligent, capable, competent, and progressive as both their male counterparts and their “less basic” fellow women.

Our cultural obsession with degrading “basic” women also completely negates the fact that all women are multifaceted individuals.

A self-identifying “basic woman” can love reality TV and fight to make her favorite shows more feminist. She can feel her look on Instagram and simultaneously work to dismantle capitalism. She can be flirtatious on a girls’ night out and still successfully organize a protest against police brutality. “Basic women” typically don’t fit inside the unflattering boxes in which we place them. So whether they’re writing their senators while wearing stilettos, implementing prison reform policies while sipping Starbucks, or blasting pop music hours before their graduation ceremonies, their hallmark femininity can never hinder their dedication to the things that truly matter in life. And as long as “basic women” are using their talents to move society forward, we shouldn’t criticize “basic women” for loving motivational quotes, pressed juices, or sparkly dresses.

As a “basic woman,” I refuse to apologize for my inclinations towards feminine things.

My taste in scented candles doesn’t affect my desire or ability to create sustainable change in the world, nor does my love for Starbucks affect my ability to recognize my own privilege and use it in service of others. I refuse to apologize for being “basic” because like every other “basic girl,” I’m far more than a stereotype — I’m intelligent, capable, socially conscious, and willing to fight for a better future for all.

7 Hacks To Make Everything You Need Fit In One Carry...