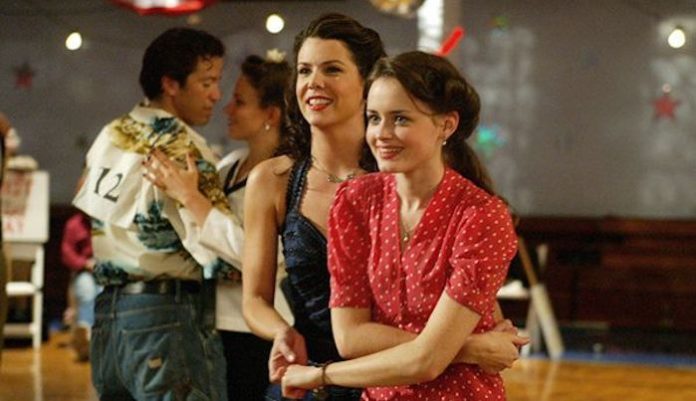 Ah, a breakup: that time of loss when you consume way too many tubs of Ben and Jerry’s and have a ton of time to kill. What is a millennial’s idea of killing time? Binge-watching a series on Netflix, of course!

Now, there are tons of options for your post-breakup binge.

When I broke up with my childhood girlfriend in the fall of 2016, though, a friend of mine recommended “Gilmore Girls” as a way to de-stress and chill out.

I’d remembered watching the season 7 premiere with my mom, and I knew that the series was a ratings juggernaut on the WB for years. I also knew that the beloved “Gilmore Girls’” target audience was primarily female, so I wasn’t sure how I would like it, considering that I’m a guy.

However, “Gilmore Girls” became my favorite show of all time after my first binge! The writing, acting, and storylines all contributed to my love of the series. The main reason I loved “Gilmore Girls” so much is actually something I put on the back burner, though. The show got me through a really crappy couple of months, and here’s how I think “Gilmore Girls” can help you, too.

The writers really know their audience without even really knowing it. The characters talk about breakups… a lot. Considering how frequently characters mention them, breakups themselves should really be a side character on the show! When you see a breakup happen in an episode, you low-key live these characters’ stories, and for an hour or two, you don’t feel so alone.

I also love how the series shows a group of people laughing, smiling, and displaying a sense of community. Stars Hollow, a quaint, quiet, small town where everyone knows each other, is really quite delightful. The setting provides an inviting atmosphere, and when you see that uplifting chemistry and togetherness on screen, the feelings really radiate back to you.

When you hear the theme song or the acoustic underscoring coupled with the snappy pop culture-infused dialogue and relatable storylines, you can’t help but become entranced. Those enticing elements all mix into this great piece of escapism, and as I found, a great distraction from your breakup or other troubling times.

You’ll become so invested in the entire damn story.

You’ll quickly start dealing with the characters’ issues. Screw your ex; Rory’s heartbroken and you just have to see how this unfolds. The beauty and relatability of “Gilmore Girls” makes your problems vanish because you are so absorbed in the characters’ joy, sadness, and disappointment.

There you have it: “Gilmore Girls” is an amazing series for anyone. If your breakup’s left you feeling sad and heartbroken, you need this kind of escape. I personally didn’t think I’d adore this show as much as I do, but I quickly found it is truly overlooked and underappreciated. “Gilmore Girls” transcends generations, breaks barriers, and even talks about issues that most people are afraid to shed light on.

So, grab a cup of coffee, talk really quickly, and get ready to feel even more feelings than that stupid ex gave you.