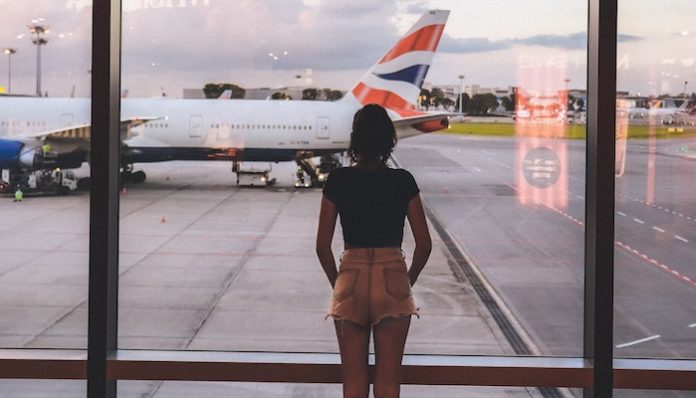 We’d been together ten years. I had a life and teenage kids in America and he was a native Londoner.  Throughout our relationship, I would spend half the year in London with him while my ex-husband took care of my kids, and then return home for the rest of the year. Because I’m a writer, I was able to keep my own hours and work from anywhere. But when I was with him, I never got any work done there; we had too much fun!  We were inseparable every moment I was in England and spent hours on the phone when I was in the States.

In London, I had a home with him, an entire life, and a second family of “our” relatives, close friends and neighbors.

I had a favorite market, laundromat, grocery store, and local pub. He was such a huge presence in my life that even my kids saw him as a member of the family — from our conversations and the stories I brought home from my trips. After one of our absolutely wonderful trips, he kissed me goodbye at the airport and said, “I’ll call you with my new address and phone number as soon as I have them.” (He was in the middle of a move.)

It’s been over five years now. I’m still waiting for that call.

Over those five years, I wrote him hundreds of emails — but he never answered. His old number was disconnected and he never contacted me again  to give me the new one. I could’ve found him easily enough if I wanted to.  He played in a band and I could’ve showed up at a gig in London — but I wasn’t going to go hunt him down like a dog when he made it clear he never wanted me to find him again. I felt enough like a crazy stalker, still writing him letters after years had gone by; I certainly wasn’t going to fly 4,000 miles, leap out of the bushes, shout “Gotcha!” and ambush him.

Even though he never responded to any of my emails, I’m convinced he read every damn one of them, which made me hurt even more and get even angrier when I got no response. I hated myself for it every time I hit send, but because we never really said goodbye, I always held out hope I’d see or hear from him again someday.

Being ghosted felt much worse than if he’d suddenly died because I knew he was still out there somewhere. If he had died, at least I would’ve had closure and could’ve moved on with my life.

It made me crazy that he’d known all along that he intended to never see me again; the reason our last trip had been so wonderful is because he knew all along it was to be the last one.

The cowardice and cruelty of ghosting is beyond comprehension. But the worst past wasn’t having any closure.

I Googled him almost daily and searched anywhere I could think of online to try to find him — but there was no trace of him.

It was literally as if he had vanished off the face of the earth, taking my entire life with him.

For hours I examined the few pictures someone sent me of him playing in his band, as if they could tell me something I didn’t already know or provide some indication of how he was doing. Was he was happy? Was he well? Did he miss me?

Most people would consider me crazy to believe that someday he’ll come back again. Until that day, I’m left with questions: Who ever really knows why a ghost disappears? Will he ever reappear? Your guess is as good as mine.