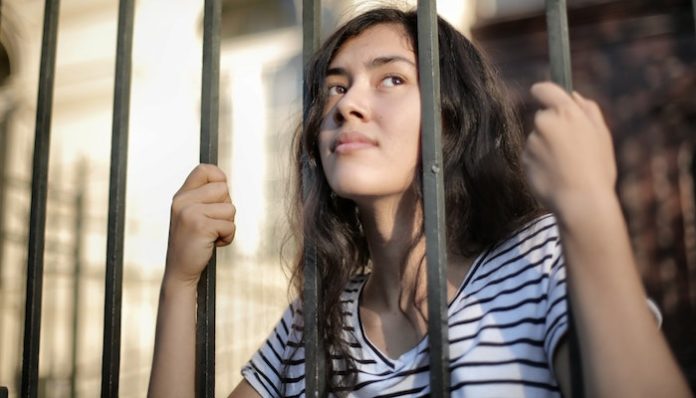 Over the past couple of months, I’ve been casually dating multiple guys, and sometimes at the same time. One thing that has become pretty clear to me, is that all of these guys have the same thing in common: they’re not so interested in dating me, but they’re very interested in my body. Maybe we can chalk it up to a shitty personality (I guess anything is possible), or maybe it’s because I’m not meeting men in the right places, but something else is very clear to me: I’m sick and tired of guys wanting me, but not wanting to date me.

It might come off as a little vain, but the truth is that I am indeed meeting men who are seemingly interested in me, only to disappear when they get what they want or they’re tired of waiting around. To clarify one thing: I am not the hookup type. I’ve never been one to hook up with guys and call it good. It’s just something I’ve never done. So maybe I should’ve known better than to look for love on sites usually dedicated to finding hookups, like Tinder, but it doesn’t change the fact that this still happens with guys I’ve met in real life and not through dating apps.

What honestly floors me is the lengths these guys will go to for a hookup. I’ve had guys hang around for months on end, just for a hookup. Some of them will spend a lot of time and money on me, taking me to nice dinners, spending the weekend together, and just all around putting a ton of effort into this shit. And when they’re not getting what they want or they’re not willing to go my pace, they bail, and most of the time, without a trace. Yet, every single one of these guys seems to know exactly what to say to hit you where it matters, and before you know it, they’re roping you in. Maybe I am bad at dating, or maybe they’re just bad at getting hookups. Either way, the message they’re sending me is that I’m worth the time and effort for a hookup, but never for a relationship. So why am I good enough for you to screw around with but not good enough for you to want to date?

I go into these dating experiences with honesty, so they know that I don’t do hookups. I blatantly tell them that no, I’m not looking for a hookup, and no, hookups are not my thing. It’s so surprising how many of these men think they’re the exception and not the rule. It’s hard to not get my hopes up, always thinking that I’ve finally met someone who is different and isn’t looking to just use me and then toss me like a disposable camera. They put on good shows, and often times, their flaking just takes me by surprise and catches me off guard.

You see, it’s hard to be an optimist when it comes to dating, but it’s even harder to be a pessimist. If you have your hopes up too high, you face inevitable disappointment. If you’re too pessimistic, guys think you’re negative, and that’s a turn-off. There’s no happy medium, just like when you’re stuck in that weird relationship limbo, trying to maintain that you’re looking for a relationship and having fun, while also not being clingy or making it just a hookup. No one wins.

What all of these guys fail to realize is this: I am more than my body. I am more than body parts and pretty eyes and nice hair. I am intelligent, I am kind, and I am strong. I am hilarious and I like adventures. I am compassionate and independent, and I love to laugh. I am all of these things, and they’re all much more than just my body.

I’d really like to think that not all guys are the same, but so far, no one has proved me otherwise. I’ve gotten to the point where I go into dating a new guy with the mindset of “I wonder how long this one will stick around before he gets bored of not getting what he wants.” To be honest, I’m exhausted. I’m tired of just being a body. And it’s about time that I am treated as more.

The Truth Is, I’m Finally Ready To Let You In

2018 Edition: What Men Say Vs What They Really Mean