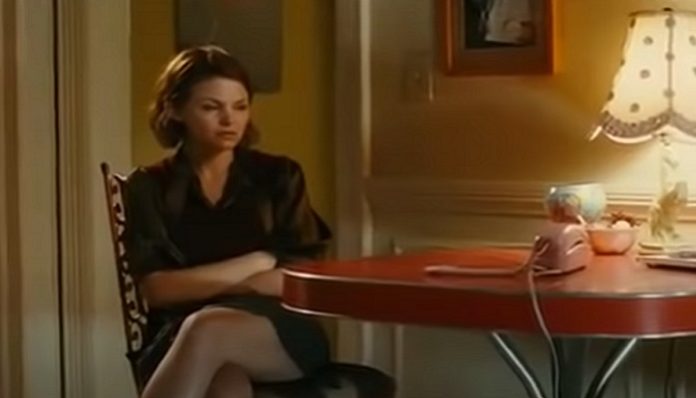 With a title like that, I know that I have already confused a lot of readers who aren’t into romantic comedies. I am referring to two of the main characters in the movie He’s Just Not That Into You.

He’s Just Not That Into You was kind of my eye opening moment into relationships and writing (also one of my favorite books). While you think you are going to open this funny romantic comedy, you are taken for a surprise when you realize that you are reading a self-help book. Great I have fallen into the category of needing a self-help book when it comes to dealing with relationship. That’s not the case with this book. It is kind of a fun, but real way of looking at how women should handle men. All of the pieces of the book are used throughout the movie, which is what brings me to my topic today.

If you are unfamiliar with the movie, let me give you the rundown of the characters that I am referring to:

Gigi is a hopeless romantic. She is a woman who is not afraid to make a fool of herself, she is not afraid to put it all out there, she is not afraid to make the first move when it comes to being with someone. Gigi is the type of woman who over analyzes every detail of the “relationship” trying to piece together how he is feeling in the relationship or what went wrong. Gigi is also the type of girl that doesn’t realize when a guy is not fully invested or that she attracts terrible men. Men that are just looking for attention, men that will just walk all over you, men that aren’t even sure what they are looking for but they will use you up trying to figure it out. I am a Gigi.

While Gigi settled into relationships that were questionable and did things that would just make you shake your head, she had never stopped trying. She had gotten discouraged, but listened to the advice that Alex had given her and found herself in a better spot because of it. And of course, like in all romantic comedies, Alex changed for her and they lived happily ever after. Disclaimer: Read the book. The bad boy doesn’t change for you in real life. We are NOT the exception. We are the rule.

In conclusion, it is better to be Gigi. To fall down and to have to get back up again. To allow yourself to have feels and get hurt. To put yourself out there, just to get shot down. I know it might sound like that would be a terrible decision to be open-minded and to act more like Gigi, but it is better than going home alone every night and not to have any feelings towards others like Alex. The more we close ourselves off, the more we lose the opportunity to find someone special. While Gigi may make a lot of mistakes and come up short handed, she never stops trying and learning from her experiences. At the end of the day, in a world full of Alex’s, we should always be striving to be a Gigi.

Featured image via He’s Just Not That Into You Trailer