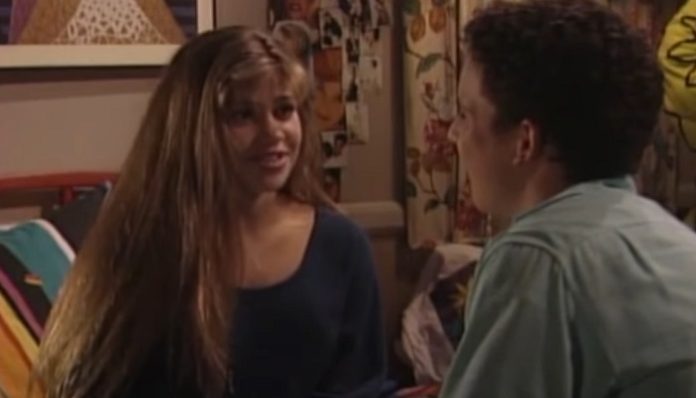 A couple of weeks ago I heard that Girl Meets World had gotten canceled. This came as a surprise to me because I thought the show came out pretty recently. Looking back at Boy Meets World, which was on the air for seven incredible seasons, I was expecting this new version to last a bit longer. On the other hand, I could see how some classics are just too great to compete with. When I was growing up I loved watching Boy Meets World because it was relatable, funny, and honest. One of the great things about the show was definitely Cory and Topanga’s relationship. So I put together a list of how Cory and Topanga were the best couple ever and what we could all learn from them.

Who initiated their first kiss? TOPANGA! Who proposed? TOPANGA! When Cory had that telemarketing job selling magazines, and Topanga was making more money than him, she wasn’t about to quit that job to make him feel better about himself. Throughout the whole show, Topanga is a strong and independent woman, and Cory accepted that.

Drawing hearts on each other’s faces was just one of those iconic moments. When no one showed up to their party, what did they do? They had a food fight! And when you make toenail clipping a game with your partner, you know you found a keeper.

At first, both of them had trouble expressing how they felt about certain situations. For instance, when Topanga and Cory moved into their first apartment as a married couple, she hated his way of decorating the place. But after some time, she got the courage to confront him. Communication is key to any relationship.

They had one of the most on-again, off-again relationships. They definitely did not follow the common advice of avoiding getting back together with your ex. Cory and Topanga just knew that they were meant to be together and forgave each other for everything.

When a teacher was making inappropriate suggestions to Topanga, Cory stepped in and gave him a piece of his mind. When Cory’s mom was trying to persuade him that there were other girls out there, he didn’t want to hear it. Cory would always stand up for Topanga and for their love.

Cory tried to win Topanga back so many times, and most of them he lost. There was the time he swam with a sign in the aquarium at Disney World. Then there was that romantic moment when they were at an art gallery and he referred to their relationship as a masterpiece. And then there was also the time he tried to get Topanga’s parents back together. The boys of this generation have much to learn from him. Cory never just went for someone easier but fought for the only person he loved.

Cory and Topanga are an iconic couple. They will always be an example of what true love is. If I ever caught an episode of Girl Meets World, I would only watch it for the little glimpses of Cory and Topanga, and how their beautiful relationship was still able to blossom every day.

I Walked Away From My Successful Life And Never Looked Back