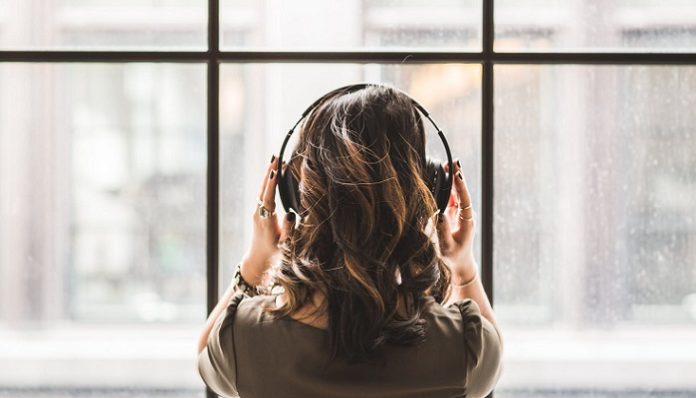 The world gets the best of us sometimes. Heck, a lot of the time. With all of the stories people have been sharing surrounding Bell Let’s Talk, I just want to hug everyone. Life is tough but there is nothing that music can’t help us through; I am a firm believer in that. You turn up the car stereo during a drive to clear your head, dance around your room with your stereo playing loud, or block out the outside noise with headphones when you’re on your commute. And with that, the first song on your playlist to happiness is:

1. Block Out The World With Headphones – Maxeen

I came across this song during my angry phase. It was years ago but I’m still angry; it comes in waves. And this song is a great cross between pop and alternative. With this song in your ears, you really can block out the world.

2. Castle On The Hill – Ed Sheeran

From the moment it starts you want to shimmy your shoulders and then you’re transported to the country road he mentions, on your way home to see friends, with a smile on your face. Even if you are still stuck on a train, your mind has moved to a more positive place.

As if every song by these guys doesn’t make you cheer up. Their latest track is almost as addictive as Closer but has a bit more positive twist to the lyrics. You can’t help but feel the camaraderie with them as they sing “if we go down / then we go down together” and realize that you’re not alone.

It’s hard to pick just one by the love of my life Justin Timberlake. This video will have you moving your feet while smiling from ear to ear in the first 10 seconds. Guaranteed.

La La Land created a film with the perfect balance of dialogue and singing. And boy is the singing something. This adorable duet sounds melancholy but is filled with so much love your heart will flutter the instant you hear Gosling’s voice. Per usual.

For all those times you need reassurance, Tove Lo has your back. This lady jam will have your nodding your head and pursing your lips because, yes, in fact, you are a cool girl. And the world is your oyster.

I heard this track during the early days of Empire when my roommates were obsessed with the show. This song is so funky fresh and has such a great message. Put this song on when you need a reminder of how truly fabulous you are.

8. Hallelujah – Panic! At The Disco

There is no one that can put such pain to such great sounds like Brendon Urie. It is totally normal to be sad or hurt or cry. And when you feel those things, you say “hallelujah” because being able to feel is beautiful.

Macklemore is known for his politically charged lyrics as well as his hilarious ones. This track from This Unruly Mess I’ve Made is all of our resolution failures rolled into one honest rap. It’s funny and true and you have to laugh when you hear it because he is all of us.

Blink has been tugging our emo heartstrings for decades and their latest album is no different. You’ll find yourself bobbing your head as you picture a California scene.

I love you Bruno, but the Glee cast did a killer job covering this. Either version you listen to will have you skipping and falling in love in no time.

I hope these songs help you in the ways they have helped me. One way music works wonders is that it makes you feel less alone. You have shitty things happen to you and you feel a lot and it isn’t always a happy ending, but the artists behind the music we love have felt things too, and they have survived. And they’ve even done one better; they’ve made art of it and they have put all you feel to a tune and added words. You must know that you are not alone.

Featured image via Burst on Pexels