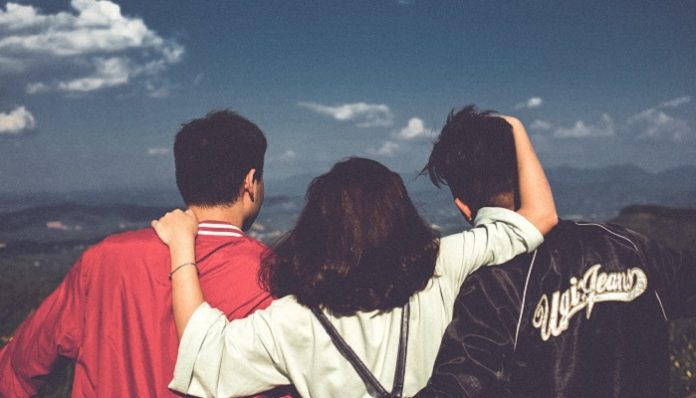 I gave up New Year’s resolutions a few years ago and replaced them with bucket lists – what I wanted to accomplish in the upcoming year. One of the key items on my bucket list this year is weeding out the toxic people in my life and leaving them behind in 2016. That being said, I’ve got a lot of friendships that I’ve been spending the past couple of weeks re-evaluating. I’ve created a criteria of 9 characteristics and actions to determine what makes a toxic or “shitty” friend, and I’m using it to kick those to the curb who don’t quite make the cut. So here is what I came up with:

1. They belittle your interests or things that excite you.

A good friend doesn’t have to like all the same things you do, but a good friend does have to at least pretend to give a shit about the things you care about, simply because it makes you happy. They should never drag you down for liking something and if they do, then you really don’t need their sorry ass hanging around. Part of being friends means supporting each other even if you couldn’t care less about whatever it is they’re going on and on about.

2. You never hear from them unless they want something or you reach out first.

One of the easiest ways to begin reevaluating your friendship is just set your phone down for a couple of days and see if they text you first. If they do, what are they saying? Are they asking for something? Do they need advice? Or are they just checking in on you or saying something funny? If it’s any of them but the last two, your friend isn’t genuine. Additionally, your texts go unanswered. Normal people don’t treat others this way.

3. They seem jealous or try to one-up you.

When you have good news, instead of celebrating with you, they’re low-key tearing you down. Maybe they’ll throw a mini tantrum about it not being fair for them or maybe they’ll throw in the casual “yeah, I already did that three months ago,” but either way, they’re souring your successes, victories, and happiness by making it about them and cutting you down on the way.

4. They have no interest in helping you.

I have a few friends that are currently on their way out who will notice when I’ve hit a rough patch, and they’ll mention it to me, but won’t care enough to actually help me or listen while I talk it out. It’s like they’re doing the bare minimum of what they think friendship is and then leave you to sort it out yourself. Their mentality is “I asked if she was okay, that’s good enough.” I’d rather you not say anything at all than know that you’ve noticed but don’t actually care enough to help me.

Whether they’re bailing on a nice, pre-planned night out, your birthday party, or rent, it sucks. Whatever their reason is for bailing on you, it’s hard to not feel forgotten or like you’re not important, which brings me to…

6. They make you feel unimportant.

Maybe they neglected to invite you to the dinner that everyone else will be at or maybe their priorities never include you, but whatever it is, it seems like everything is more important than you. If you just need a night in to drink some wine and vent but they’d rather be at their cousin’s nephew’s basketball game or they’d rather be shopping for things for the house they aren’t even close to owning, then maybe you need to reevaluate your friendship.

7. They only care about themselves and seem selfish.

They’re not willing to do anything for you unless it benefits them. They don’t want to grab dinner on a Saturday night unless they get to go where they want to go and you’re buying. They don’t listen to you when you need to talk, and when they do, they turn it around onto their problems. It’s a classic case of the “I’m not really listening, just waiting for you to be done talking so I can talk about myself.”

8. They take advantage of you.

They’ll ask you to watch their dog for the weekend while they’re away in Vegas because they know you won’t say no, and then they won’t offer any kind of payment for it. They’ll borrow money and won’t pay it back, and when you get them gifts for Christmas or their birthdays, they won’t utter as much as a thank you, never mind actually get you something in return or do anything to let you know they appreciate the gesture.

9. They never commit to plans.

I’ve had a friend once tell me that they only like to commit to “half-plans” and they like to commit to a lot of them so when the day comes, they can choose what they want to do based on their mood. The thing is, is you’re not a flavor of pudding. You’re not something they can just choose when they feel like it. You’re not a backup plan, and you deserve better than someone who chooses you it’s convenient

Cleaning out your friend bank isn’t always the easiest, but you will be surprised at how much better life gets when you surround yourself with people who appreciate you, take good care of you, and treat you more than a parasite in your life. Maybe you have friends that have some of these traits, and maybe it isn’t necessarily enough to dump them over, but it’s your call. If they make you miserable or feel like shit, why bother keeping them around?

10 Thrilling Reads That Are Perfect For Fall

Why You Should Send “Open When” Letters To Your Friends Who...