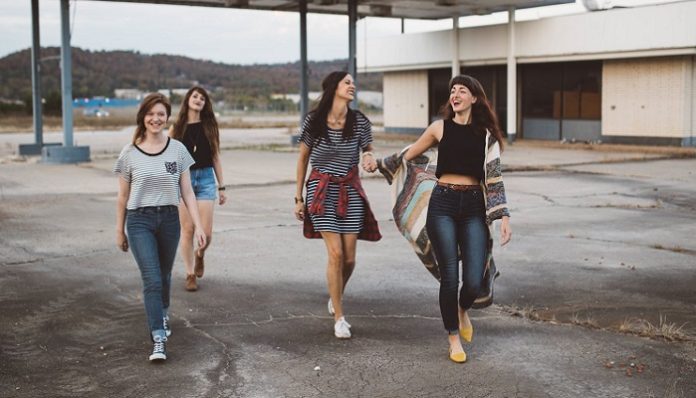 More often than not, our mind wanders away. We picture ourselves living the life of a celebrity, with an Oscar in our hands and red carpets awaiting us with dozens of photographs screaming our name.

We all want to be part of a story, one so intriguing and mysterious it could easily become a best seller.

But what we more likely forget is the fact that we are living stories, each and every day. The story we call our life. From the pilot episode to the season finale, we choose the characters that appear each episode, we choose the settings and the actions of its leading character – you. We choose our enemies, our friends, our lovers and the extras in the background of every scene. We cast them and we fire them off the show if we no longer want them to play their part.

In the first season, everything seems picture perfect. You share long walks and dinners with characters you are convinced will stay until the season finale. Characters that will always be by your side.

And then things change.

Maybe you fire the character for revealing secrets of the show. Maybe they get a better deal in a different TV Show. Maybe there is an unexpected plot twist and that character chooses to leave the scene.

Yet your story moves on. With a different setting, different characters and a different plot to keep the viewers on their toes. Characters leave, and sometimes there is no logical explanation for their departure. They no longer play a part in your story, so you have to cast new people to take over their part.

Your new actors may fit in nicely into your story, but you can’t help but miss the old ones. Your new actors can’t fill the void in your story, the ones that were created specifically for their original cast members. I guess that simply wasn’t a part of their resume.

But just because the plot is moving on doesn’t mean the old characters must be forgotten. Maybe some characters are too busy with a different show to come back to yours. Maybe you’re just not ready to return for a back flash.At the end of the day, whether you’re willing to come back for one episode or become part again of the original cast, my story always has a place for you. Nobody can fill your shoes and play the role as well as you did.

So, lost friends, I hope you read this and realize no one is cast away from a show forever. There is always room for one more, regardless of what happened in the past episodes. Every season has a new plot, new characters, a new beginning and an end. That’s the beauty of our stories, we write them.

Featured image via Snapwire on Pexels

I Am A Writer, But I’m Not Responsible For Educating You