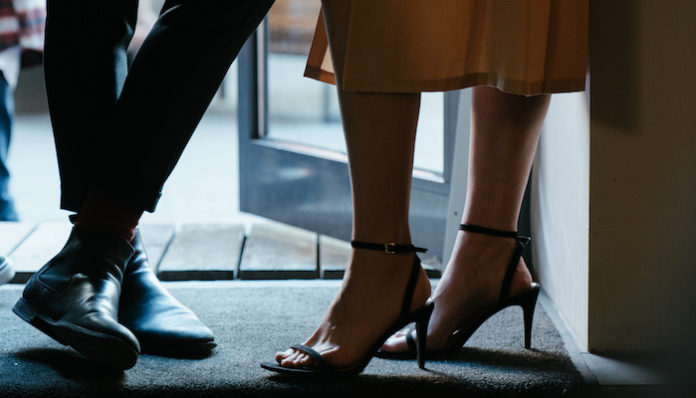 I started talking to a new guy via Tinder during quarantine. I want to learn about his emotional baggage, but I don’t want to pry. Do I ask about his exes now, or should I wait a little longer?

My rule of thumb with big, emotional stuff is to put my cards on the table first and see what the other person does. Sometimes that approach backfires on me because dates didn’t like that I shared about exes or hard parts of my past. Other times, though, my bravery helped us move past the awkward stage of dating so we could start to talk about the stuff that really matters.

I’m not going to lie; being the “brave one” is scary AF. But if you want to know your partner’s baggage, you’ve got to walk the walk.

Also, your guy may or may not have baggage in his life.

At this point in time, he can’t meet you face-to-face, but he’s still asking you questions and engaging with the answers (instead of, I don’t know, asking you for nudes and then ghosting you for days). That means, at a minimum, that this guy is interested in you as a person.

What it doesn’t mean, though, is that he’s necessarily ready to share every bit of his personal baggage with you. He doesn’t know you. You don’t know him. You’ll learn about each other in increments, which means that you should maintain a give-and-take. Too much of one or the other starts to sound like a confessional or an interrogation.

So how might you go about getting more personal?

Like I said, one way would be for you to talk about something that’s happened in your past and see if he reciprocates with a story of his own. For instance, you might ask him if he ever encountered a situation where he felt forced to choose between loyalty to a lover and loyalty to a friend. Then, you can follow up with a story of your own.

If something in particular is super important to you, like sexual boundaries, try staying direct and say, “Listen, [xyz] is a dealbreaker for me, so I’d appreciate you letting me know about it.” or “[ABC] is non-negotiable for me. I wanted to let you know in case that’s one of your hard nos.”

Can he still lie to you?

Sure. But one might argue that if he were the type to lie about his “damage,” he’d lie regardless of your actions. At least when you ask, you remove any opportunity for him to omit the truth or say that the subject never came up.

One final thing: People can have “damage” and still be good partners. Character, as Tracy Schorn says, is revealed over time. Right now, you need to figure out what’s a dealbreaker for you and what isn’t. You can’t predict the future, but you can protect your boundaries, and that’s what matters.

Saying ‘Yes’ More Often Is The Key To An Exciting Year