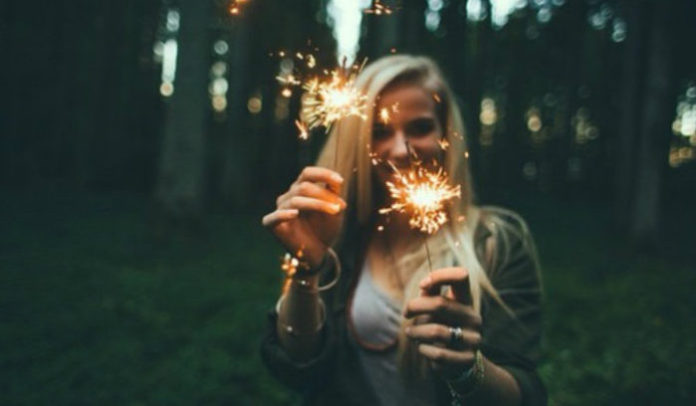 I have always hated New Year’s Resolutions. I hated having to come up with a “big” goal for myself to accomplish during the next year, and I hated how it seemed I was setting myself up for failure. I’d stick it out for the first few days, maybe even the first couple of weeks if I was really determined, before I’d start the same pattern: skip a day or two periodically, and then stop altogether.

As I was pouting over my inability to stick with anything that’s good for me, I realized one thing: improving myself and feeling good about myself and what I’ve accomplished shouldn’t have to be this hard. Instead of trying to pick one thing to focus on for the year, I decided to break it down into multiple; a bucket list, if you will.

Not only did this bucket list take away the hard work of pinpointing my largest issue to fix, it gave me something to look forward to throughout the year. I listed anything I wanted to accomplish, any new skills I wanted acquire, and new places I wanted to see. I added things that scared me and then accomplished those when I was feeling spontaneous.

I needed less of a plan to cross off the items on my bucket list than I did for a resolution. When I had my resolution, I needed a road map to keep me on track and tons of motivation. I live a pretty busy life and the bucket list made more sense to me. It kept me spontaneous and on my toes. An opportunity to cross off an item on my list could arise at any moment, and it wasn’t anything I always had to actively plan out ahead of time.

The best part about the bucket list is that they’re much more fun than resolutions, and often times, just as meaningful, if not more. It doesn’t have to be about losing 50 pounds or climbing Mount Everest. They could be as little as learning how to knit, or as big as moving across the country or going skydiving. It could include to travel more or to get a tattoo. Include things that require a bit of hard work or bravery to get you there, but aren’t impossible or discouraging to reach. I personally like add a little bit of everything: learn a new skill, do something I’ve never done before, and travel someplace I’ve never been to. For 2016, I had learn how to knit, get a tattoo, and go to Disney World on my list (to name a few), and I crossed each of those of that list.

We celebrate the beginning of a New Year to celebrate the possibilities that lay ahead. Why on earth would we want to start that out on a bad foot by immediately disappointing ourselves? It’s time to shelve the resolutions. The bucket list is a way to see your progress before your very eyes. I keep mine on my phone and after I complete each one, I insert a little check mark emoji behind it.

Start by thinking what it is that you’d like to accomplish for yourself in the upcoming year, and writing down everything you can think of. Start off light and don’t get too excessive. You don’t want to set the bar too high for yourself. I usually have a list ranging anywhere from four items to seven, but it’s up to you! If you do one thing for yourself this New Year, then toss out the resolution and start a bucket list!