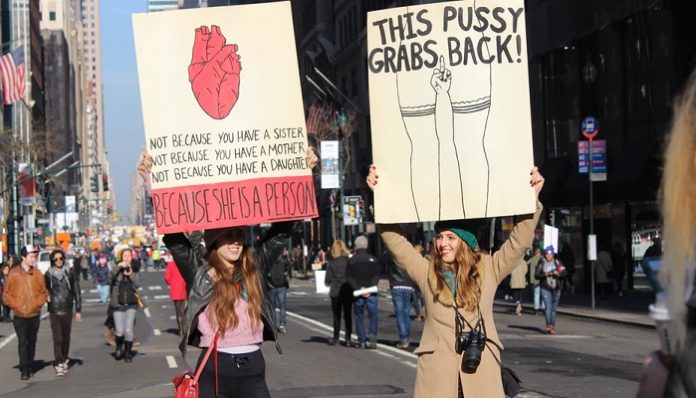 The inauguration of President Elect Donald Trump is one day away, and women’s rights activists are not taking this lightly. What started off as a simple Facebook post, went viral and racked up over 200,000 people who are interested in attending what they are calling the “Women’s March on Washington”. The march will be held this Saturday, January 21st and is expected to be felt across the country. If you have heard a lot about this so-called march but know none of the details, don’t fret we got you covered.

According to their mission statement “The Women’s March on Washington will send a bold message to our new government on their first day in office, and to the world that women’s rights are human rights.” It is very well known that the President-elect has not been the most friendly and receptive towards women’s rights. The Women’s March is making sure that our new President should know that any actions taken against Women’s rights will not be taken lightly and will be received with strong backlash and criticism.

The Women’s March on Washington has set up transportation for those wanting to attend, which you can find here.

Many celebrities are expected to attend including Amy Schumer, Uzo Aduba, Zendaya, America Ferrera, Julianne Moore, and Jessica Chastain. Chelsea Handler, who in a recent interview stated that she blamed the Kardashians for Trump being elected, will be leading a march in Park City, Utah.

If you can’t make it to Washington D.C. for the March, no worries. Women’s March on Washington has organized sister marches all across the globe. There are currently 616 marches around the world, so there is sure to be one near you. If there isn’t, you can always host a march in your town as well. To find out where your local march will be held, check here. If there isn’t one in your neck of the woods, you can even organize and host your own sister march. As you can see below, the movement is spreading quickly across the world.

The March in Washington D.C. will be held at 10 AM EST on January 21, 2017. The starting location will be at Independence Ave and Third St SW, near the US Capitol.

The Women’s March is NOT only for women, but rather anyone who supports women’s rights. So if the guys in your life believe that women are more than just an object to be stared at, or belong in more places than just the kitchen and the bedroom, bring them along.

Also, don’t go into the march thinking that it is an “anti-Trump” rally because it definitely is not. Rather we are standing together to put our foot down that women’s rights will not be impeded on.

Stand up for what you believe in with the Women’s March this Saturday.

5 Tips From A Native That Will Help You Learn Spanish