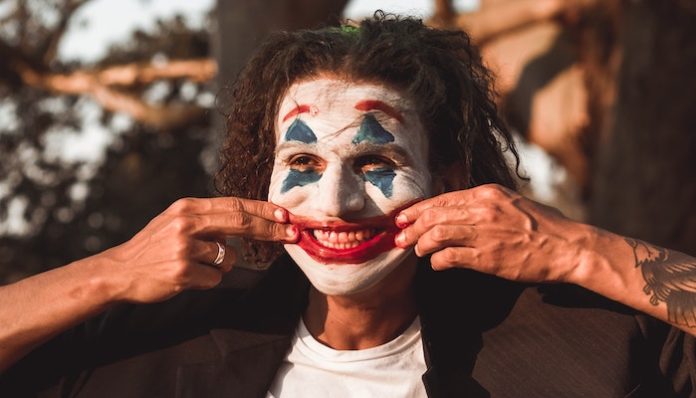 Halloween is right around the corner and I, for one, am looking forward to it! Not only because of all the parties and the discount candy starting in November, but mainly because these damn clowns will finally go away! You know, the people who dress up as clowns and purposely scare people by hiding in bushes or chasing you down the street. I don’t have a fear of clowns; they’ve never bothered me, not even as a kid. But now I’m starting to get really annoyed by this fad (if that’s what you want to call it). Here’s why:

What Is So Damn Funny About Scaring People?

Can anyone honestly sleep at night knowing they caused someone such fear? Does scaring the living daylight out of someone make their day? Does hiding in bushes and acting like a peeping Tom make them feel badass? Because it actually makes them a horrible person.

I Don’t Know Their Intentions

Some clown videos show them with chainsaws or knives, but some are without weapons and just have balloons. Then there are some with nothing visible. How do I know if a weirdo in a clown suit is going to run after me? How do I know if he’s going to pull out a weapon and kill me halfway through chasing me?

Distracted driving is already a large enough issue with cell phones and other technology. Now because people are on the lookout for creeps in the bushes at night too, they’re looking at every corner, each space between houses, and intersections in fear they’ll see one. Plus they film when they actually see one. And to top it off, there are some pranksters dressing up and pulling up next to cars while on the road, or jumping out in front of vehicles! It could literally kill people!

I Shouldn’t Have to Feel Even More Unsafe

I’m a girl who also happens to be afraid of everything, I have no shame declaring this. I will fully admit that. I’m already paranoid walking at night in fear of being raped, stabbed, shot, hit by a car, or abducted, etc. Now I gotta be scared of a clown too? That’s not right.

Because everyone is in so much fear and panic over the pranking clowns, I bet they’ve forgotten about what this does to the poor clowns who are trying to make a profession out of actually giving kids joy. There are talented men and women who do a great job of entertaining people of all ages and because of this, they may not be able to find work because people will terrified of them, too. I genuinely feel bad for those people.

Moral of the story is: I don’t feel safe and those around me don’t feel safe. I constantly feel like Ichabod Crane when he goes through the woods and runs into the Headless Horseman. I also feel like this is what it’s like to live in a scary movie or a town that participates in The Purge. To those dressing up as clowns, please stop. And to those wishing this madness will end soon, be prepared until then and start counting down the days. Fast.