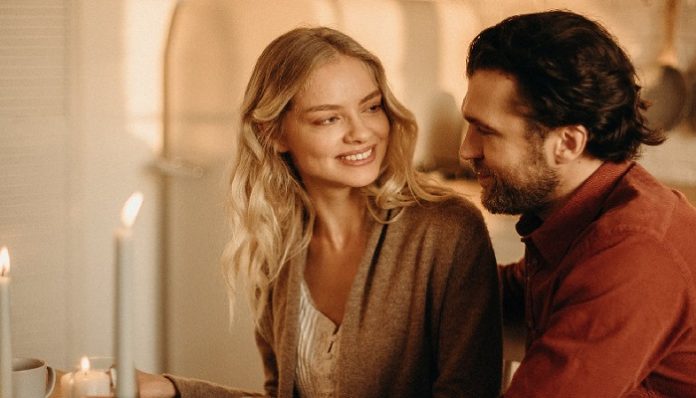 Relationships happen in phases. You don’t simply meet someone, throw all cares to the wind, and head to city hall for a marriage license. There are a few steps in the middle there that slowly get you to the point of being 100% committed and settled. And each of them come with their own surprises and challenges.

Making it official: There comes a time, after a few dates, for that awkward chat about what’s going on. Hopefully, you’re both on the same page! This is usually when the terms boyfriend and girlfriend get dropped when you discuss if you’ll be seeing other people, and when you talk about what each of you wants for the near future. This is where the fuck boys and the free spirited girls typically run for the hills.

Bringing them home: Regardless of home being your actual family’s house or the place you live in with your roommates, home is where the heart is and by bringing a new person around you are saying a lot. If they meet the family and they are well received, that’s a great start! By getting closer to those around you, they’ll know you mean business and they’ll get to know a different side of you. That will either give them more reasons to love you or it will make them take a step or two back.

Leaving your toothbrush: Just like DNCE sings, this is kind of a big deal! You have let them see your unkempt morning hair and your favorite oversized sleep shirt. As one of those age-old sayings go, it’s not about who you want to spend the night with but who you want by your side in the morning, and leaving belongings for your daily life at one another’s places is a huge step. Let’s pray they aren’t too grossed out by morning breath.

Moving in together: At a certain point keeping work clothes, gym stuff, toiletries, and even cooking there gets to be a little much. Why not cut the cord and just live together already! For me, this decision was not only romantic and exciting, it was going to make my life a thousand times easier because I wouldn’t be stuck without my uniform at one place or the other. You have all your things and your love in one spot!

Mentioning weddings: It’s pretty clear you guys have said the L word already. The next topic to actually say out loud will be the one with the white dress and the fancy vacation afterwards. It’s easier to talk about when you have friends getting married because you can say things such as “I like blah blah; what about you?” in an effort to find out what they’re into. Starting to think about the big day will prepare you for it when it does come to fruition; that means way less stress and maniac planning. Everyone wins!

Talking about pets: From what I understand, having an animal together is much like a real baby except it won’t speak your language and it doesn’t have as much of a chance to outlive you. But it is still a huge commitment! You’ll have to agree upon how to train it, make sure it gets fed and walked, and plan your travels accordingly. These are very adult things to do and you can only do them with someone you trust.

From there it’s really just crossing your T’s and dotting your I’s! You know that you’ve fallen in love with a person you can depend on and talk to and be around with minimal effort. And if you’ve got extra milestones in between or more phases of your relationship, that’s even better. Each relationship is different and the two or more people involved all have their own path with their own needs. As long as you’re both happy, you’re ready for whatever the next step may be.

To My Black Son, Your White Mother Will Never Stop Fighting...

How To Make A Message Out Of Your Mess