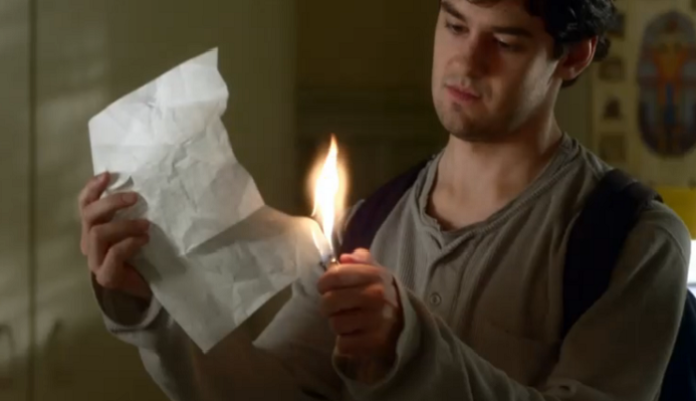 College is hard. The road is long and the journey is challenging, no matter what your major is. One of the hardest parts is when it comes time to take an exam. You spend days leading up to it and probably the entire night before cramming. When the time comes, an overall sense of dread fills your body. You will rarely feel like you’re fully prepared. It’s never easy to motivate yourself for that walk to class, which feels as if you’re walking in to face your ultimate death. That is why a lot of people seem to skip out on exams and make up excuses to take it later when they finally muster up the courage. Although I have never skipped out on an exam purposefully, many people have. I took a survey to find out how people got out of it and the results were hilarious.

“My friend got a doctor’s note saying she had heart surgery to defer an exam.”

“Teacher knew I would be away the week prior due to a research related travel for school, but I told them the snowstorms were too bad and we had to stay a few more days so I wouldn’t have much time to make up the exam. I was back before the weekend, whoops.”

“Told the teacher a relative died.”

“Family emergency or been in the hospital.”

“I got an exam rescheduled by saying I had a once in a lifetime opportunity to further my career with by going to an event for my internship. It was just a concert. But I was doing a journalism internship so it was kind of like work because then I wrote about how awesome it was.”

“An excuse to donate blood at school.”

“Honestly, I never had a problem taking tests. I was a bit of a nerd in school… But when I was in the 10th grade someone must’ve been pretty unprepared for exams and decided to pull the fire alarm to get out of it.”

“I didn’t exactly MEAN to do this, but the day before I was scheduled to take my AP government test in high school (the big one that decides whether or not I get college credit) I fell out of a window and had to get multiple stitches in so many places. The best part? I fell out of the window because I was so tired from studying for 10 hours straight that I thought I was walking down the hallway. I wasn’t.”

“One time I told my professor I had HIV and that was why I missed my test. I said I was too sick to get out of bed to get him to let me retake it. I don’t have HIV. ”

“One time a kid in my school set a bulletin board on fire to get out of exams.“

“I have told my professor that my grandmother fell down the stairs and I had to go be with her in the hospital. Got to retake the test two weeks later. My grandmother never fell, I just wasn’t prepared for the test.”

“My sophomore year of college I was really sick and ended up getting an MRI. There was a little blip on the scan, which turned out to be nothing. But I definitely showed that scan to my teacher and told them that it was a brain tumor in order to get out of a test.”

“Soooo I’m pretty sure that the worst thing I’ve done is faked being sick. I know, super lame story. However, I think I have done it at least a dozen times. What can I say? Sometimes being “sick” is easier than taking a test.”

“I told a professor I got shot and a buddy’s brother who was a doctor wrote me a note that backed it up.”

“I was once really nervous about taking a test that I really needed to do well on and so I stress ate myself to the point of getting food poisoning and ended up not being able to take the exam in the first place.”

After hearing excuses like these I understand why I once heard a professor say on the first day of class that if anyone close to you died, she would need proof. I was appalled at first but now… I can understand.

5 Special Ways You Can Treat Your Pet This Month

Learning To Swallow The Hardest Pill: Taking Your Own Advice

When I Finally Realized ‘Normal’ Wasn’t The Same For Everyone