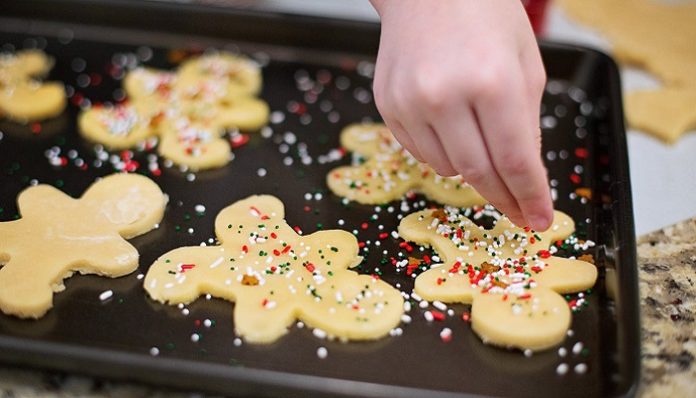 We all have things we aren’t good at but do anyway. For me, baking is one of these things. I’m horrible at it, but it won’t stop me from trying. So on Friday night, since I’ve graduated college and become an old spinster woman, I decided to stay in and try my hand at making some homemade pumpkin cream cheese snickerdoodle cookies. I am usually pretty crafty with the pre-mixed boxes but I have no patience for anything that takes more time than adding a couple of eggs and mixing it up. So naturally, this turned into a two-day fiasco which I made sure to provide my mother with live updates on.

Friday night, I stopped to pick up everything I needed on my way home from work. Upon arriving home, I realized I forgot the eggs, so I had to walk to the gas station next door. By the time I actually started making the cookies, it was 10:30pm, but I was determined! I started anyway, figuring it wouldn’t take that long.

To be honest, I only looked at the measurements and ingredients. I skimmed the instructions, and then I figured I could cut corners by mixing it all together at once instead of mixing the butter and brown sugar together first and then slowly adding the flour mixture. That was my first mistake.

I thought the process would be be cut in half by skipping steps and using the hand-me-down hand mixer my grandma had given me. It took all of five minutes for the flour and would-be dough to consume the mixer and start exuding smoke. I thought that for the first time in my life, I might have to do stop, drop, and roll. It was also the first time that I realized I have no idea where the fire extinguisher is in my apartment, if we have one at all. 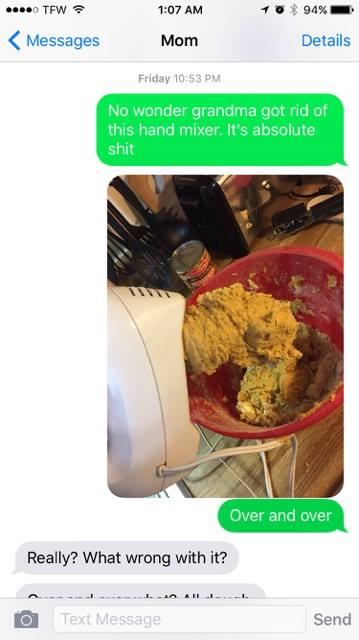 After the mixer went up in flames (I might be exaggerating), I mixed the cream cheese center by hand like a peasant. Contrary to my earlier statements, now is a fair time to admit that I didn’t actually look at the instructions at all. 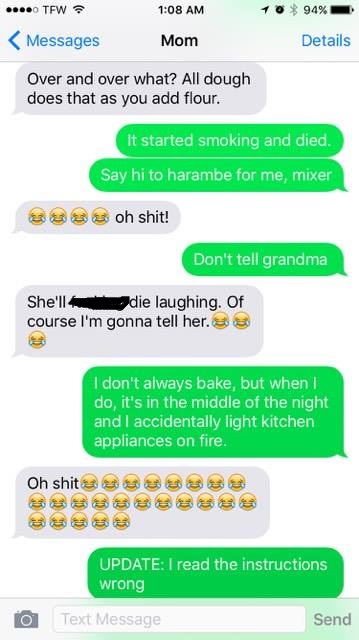 It was as I sat on the kitchen floor, not ready to face defeat, that I went back and read the recipe. Chill the cream cheese mixture in the fridge for an hour. Ain’t nobody got time for that. I’ll chill it in the freezer for a half an hour. I must note that I don’t have a large freezer. It took a lot of rearranging to fit that bowl in there. Which I forgot to remove the spoon from. And that resulted in cream cheese flinging everywhere, because of simple physics. 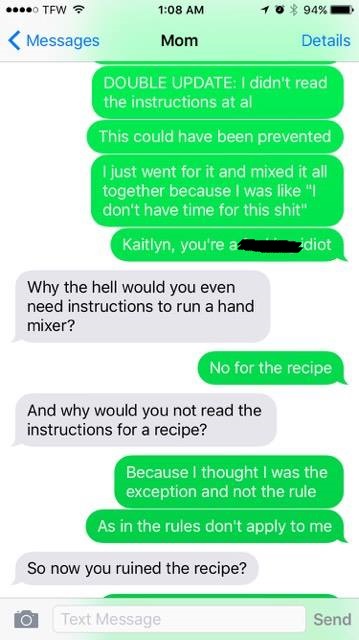 After about 20 minutes, I realized that I needed to be chilling the dough, too. F*CK this, I’m going to bed. FYI, we’ve now reached 12:30 AM, or two hours since I began, if you’re keeping track. I’m not positive, but I think we’ve overshot this by at least an hour. 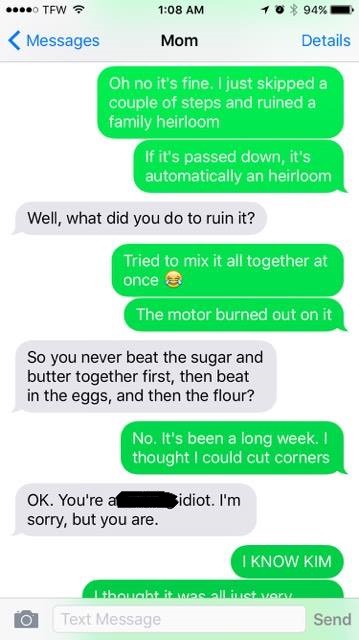 After hauling my sorry ass to Wal-Mart to buy a new mixer (wahhhh), I got back to work. Things started off rough when I had chilled the dough too long (overnight) and had to find a way to un-chill it to the point where it would be flexible enough to maneuver. 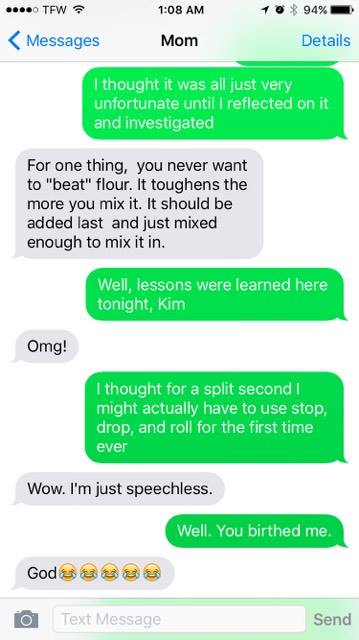 After all mixes were thawed, things went relatively swimmingly given the circumstances. However, after placing the first batch in the oven that doesn’t have a timer on it because it’s from the 80s (for real, it’s the same one that was here when my dad lived in the same building back in the day), I seemingly forgot that I was baking and pretty much burned the first batch to shit.

The second batch went well but then disaster struck when I attempted to bake the third batch, as my oven had started smoking. At this point, I’m beginning to wonder if this was all just a series of unfortunate events. No one can be that bad at baking. I did what I could to salvage the cookies, and then pretty much force-fed them to all of my friends telling them that they had to eat them because a lot of shit went down in order for them to happen. I had to take a three-hour nap when all was said and done.

The moral of the story is that we can’t be good at everything, but at least I tried. I now know to stick to the things I am good at, like knitting, starting USA chants, and thinking I can twerk. God bless you beautiful souls who took a bullet (a cookie??) for me on this one.

Why You Should Date The Guy Who Does These 4 Things

How To Choose The Right Tarot Deck To Help Find Your...