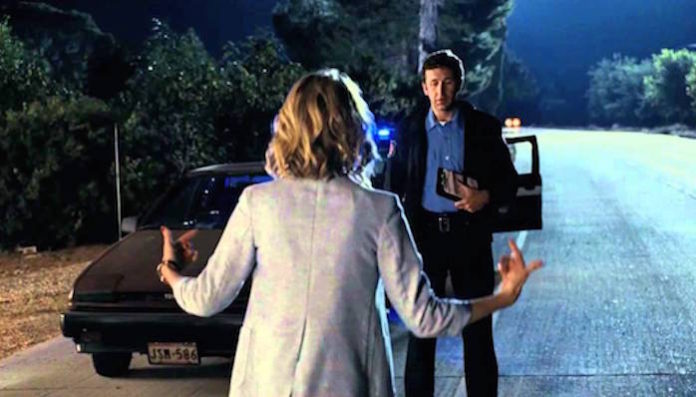 It’s something you never want to happen. But if you do get pulled over, you want to be prepared so you don’t totally freak out and do something stupid. Here’s what you need to know about getting pulled over.

Pull Over Right Away

Use your turn signal, slow down, and pull over as far to the right as you possibly can. You don’t want to annoy the police officer any further. Pull over in a safe spot that’s as far off the road as you can get so you don’t put the officer in danger of passing cars. This is just common courtesy. It also gives you a chance to figure out what laws you might have broken.

But also keep in mind that the police can’t pull you over without “probable cause” (cop-speak for “a good reason”) and that you are legally permitted to continue driving until you reach a place where you feel safe pulling over. So if a cop flags you down on a country road, you’re allowed to wait to pull over until you reach a gas station; just signal to alert the cop that you’ve seen them and will be pulling over.

Put The Officer In A Good Frame Of Mind

When you pull over, turn your engine off, put out that cigarette and spit out your gum. Remember that officers have been killed during traffic stops before, so consider putting your hands on the wheel and turning the light on if it’s dark outside. You want the officer in the best frame of mind possible.

Stay in your car unless the officer directs you to get out of it; you are legally allowed to stay in your vehicle throughout the stop but it’s not a great idea if they’ve asked you to move. And don’t go searching through your purse or glove compartment for your license and registration until the officer asks for it. The officer could think that you’re searching for a weapon.

Chances are, you know what you were doing wrong. Don’t try to argue with the cops. They’re just doing their job. You wouldn’t want someone coming into where you work and giving you a hard time, so why would you do it to someone else?

Don’t try and cry/sweet talk/bat your eyelashes to attempt to get out of a ticket. They’ve seen it all before. It may work on a rare occasion, but usually it isn’t going to get you anywhere. In fact, they may even give you a harsher penalty for trying to pull one over on them.

The Possibility Of A Search

Typically you won’t get searched while you’re pulled over for a traffic stop, because if the officer doesn’t have a warrant, he or she is not allowed to. As with most rules, though, there are exceptions. An officer will be watching for movement when they pull you over. If you were hunched over, it would appear that you’re trying to hide something beneath your seat.

When the officer comes up to your window, they’re going to be looking for anything that’s in plain sight. If you have any open alcohol bottles or cans in your cup holder, that’s going to lead to suspicion of drinking and driving, as well as a more thorough search for other incriminating objects and likely a breath test to check your blood alcohol content (BAC). Then officer is permitted to search your vehicle without a warrant being issued.

You are also legally permitted to refuse a breathalyzer but should know that in most states, when you get your driver’s license, you agree to take the test if pulled over. This is known as “implied consent”. If you do choose to refuse, you could have your license suspended for up to 6 months.

Do You Need A Lawyer?

Most of the time, you aren’t going to need a lawyer for a traffic violation. You just pay the fine and then you’re done. But if they end up charging you with a DUI or something drug-related, it’s best that you consult with a criminal defense lawyer and talk about what your options are.

The most important thing to do when you get pulled over is just to keep composed and don’t let yourself panic. Everything is a lot easier to handle when you’re in a calmer frame of mind. The cops want to keep you safe, along with everyone else. Be honest, listen carefully to their instructions and everything will be fine.