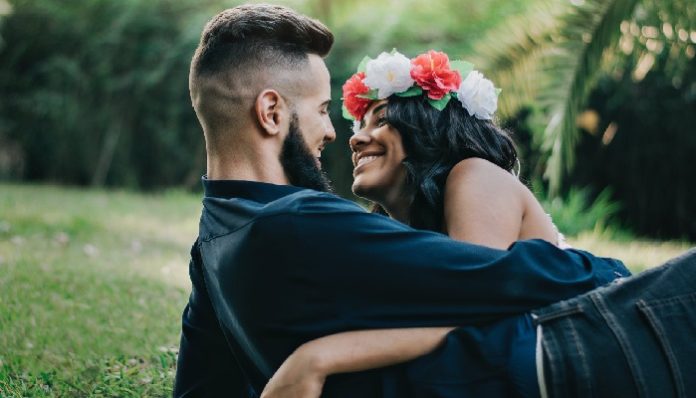 I love dates just as much as the next girl. I love getting dressed up, going somewhere fancy, and maybe even getting a pretty bouquet of flowers to top it off. Yet however nice these things may be, I know it isn’t realistic to expect them all the time. There comes a point in your relationship when you realize that all these dates can be expensive and you can have just as much fun together at home on the couch.

Even if you and your significant other decide to chill out on the fancy dates for a little while, that doesn’t mean that there aren’t other experiences that are just as important. Sometimes doing life’s mundane activities together can be both more enjoyable and meaningful for moving your relationship forward.

Here’s a list of 5 activities that you would rather do with your S.O. that mean so much than fancy dinners and flowers:.

Grocery shopping is rarely a fun activity, but doing it with your bae makes it suck a lot less. It’s surprisingly romantic when you decide to split on a pack of oranges because you both know you wouldn’t be able to finish them alone. Also shopping for food together means that you can plan some meals to make for a cheap date night ahead of time.

Laundry day usually means hanging out in your ugly laundry day outfits and having no choice but to hide out in the apartment together until you can change. At the end of the laundry cycle, sorting and folding the laundry turns into a really fun team activity, and you’ll be done two times faster than if you did it alone. It doesn’t get much more intimate than folding each other’s delicates. Doing laundry together defines what it means to have no secrets.

After a long day sometimes it can be a pain even thinking about getting off the couch, but you know your dog needs to go out or you’ll be paying for it later. Instead of just letting your dog wander around the backyard, you could use dog walking as an opportunity for some one on one time with your significant other. Stroll through the neighbourhood holding hands and talking about your day.

Unless you’re a fitness pro (props to you if you are) then you probably hate going to the gym. Almost everyone I know wishes that they went more often. But one of the easiest ways to get yourself to the gym more is to make it a couples activity for you and your bae. If they still think you’re sexy when you’re hot and sweaty from the gym, then you know you’ve found the one.

5. Driving home for the weekend

Road trips can be exhausting and I used to dread the long drive between school and my hometown. Now road trips have become some of my favorite times with my boyfriend when we go to visit one of our families. We have deeper conversations than usual because neither of us is distracted by our cell phones and we blast the music and sing horribly to all of our favorite songs. One time we had played the music too loud for so long that we both ended up with splitting headaches, but thank goodness we both thought it was hilarious.

It’s an amazingly comforting feeling to know that you and your significant other enjoy each others company so much that mundane activities seem exciting and to know that they’ll be there for you through all of them.

Despite all of these relationship building experiences, don’t forget to go all out for your boyfriend or girlfriend now and then. Every once in a while you could put in that extra effort to make an evening extra special. Even if you spent all afternoon trying out samples at Costco together.

What To Do When You Forget How To Be Single After...