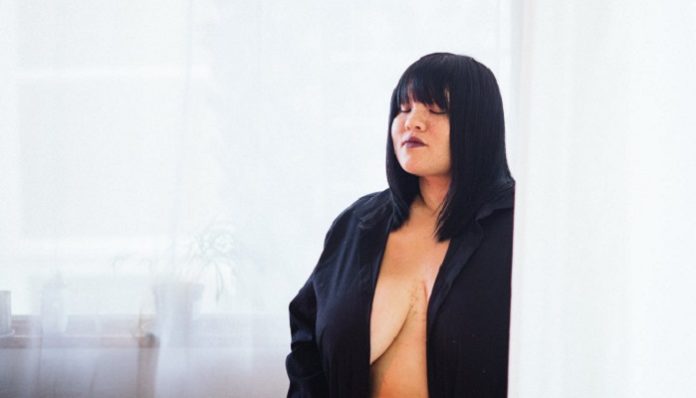 I say the F word. In fact, I say it all time. And even though it’s not the F word you’re thinking of, I still get looked at funny for saying it. Here say it with me: F-A-T.

It’s just a word. It’s a descriptor used to describe that thing that lays under your skin that isn’t muscle. Everyone has it (whether it be too little or too much) and almost everyone wants to get rid of it.

All I see now are things that say: Lotion to reduce cellulite or cream to get rid of stretch marks or new diet to reduce body mass. Fat has become a bad word in our society somehow. We can’t even use it. But why? It’s a word that was first developed to mean “well-fed.” Isn’t that a good thing?

No, instead, we all wish we were skinnier and happier. We all wish our fat would disappear so that we could fit into those size 2 jeans. I’m just as guilty of it as you may be. I’ve never loved my body. I’ve always hated my fat. And it’s okay to say that. It’s okay to admit to these feelings.

Here’s a secret though. Girls’ boobs – those things that people love to stare at and touch – are just fat. Yep, you heard me. Those things we have to stuff into bras are just small, or big, collections of fat on our body. Oh the horror! So why is that fat glorified, but the rest of our fat is stuffed away into Spanx or looser shirts? What makes this fat so different from the rest of it?

And I’m working on it accepting it. But I’d be lying if I said I wouldn’t still love to have less fat on my body. But honestly, I don’t think I’d like my body if I had no fat either. I’d love to fit into smaller jeans. But not for the sake of my health. I know that there’s a certain level of fat that is unhealthy and we should all confront and worry about that.

But saying that I, as someone who understands she has fat on her body just like everyone else on the planet, shouldn’t say that word is insulting. I should have the freedom to say the word fat without people looking at me like I’ve just insulted them and their first-born. I should have the freedom to point at my belly and chuckle about my food baby, but understand that it’s also a little fat. We should be able to call people other than adorably fat babies something other than “chubby” or “obese” or “a little extra.”

We should be talking about the fat, instead of avoiding it.

Maybe part of people’s (including my) body issues is that we’re not allowed to say what we are. Okay, so we have fat. Let’s work on that to be better. Okay, so we’re fat – let’s work to lose it or contain it! So we have fat. Welcome to the world.

Sometimes, when I see things that say “lose that cellulite in 10 easy steps,” I want to throw it across the room. I want one thing – just one – to be honest with me and just say “lost that fat in 10 easy steps.” But it doesn’t exist.

Maybe it’s because we’re all so afraid of insulting each other that we can’t even say the word fat. To be honest, the F word rolls of my tongue easier than ‘fat’ does. I think we could all work on it a little so that fat isn’t a buzzword anymore. Instead, it’s just a word that’s like any other descriptor or noun: I’m snarky, she’s silly, I have too many books, he’s tall, you have so much food, you’re lovely, she has fat. Is it really so terrible to just say what we mean?

I’m not saying I’m about to go out and point out people’s fat, flaws, scars, or beauty marks. I’m just saying that we shouldn’t be afraid of a word, when it’s just a part of our body.

We only get one body in this life. We should respect it, treat it well, and love it.

4 Ways To Do Your Best Listening On World Listening Day