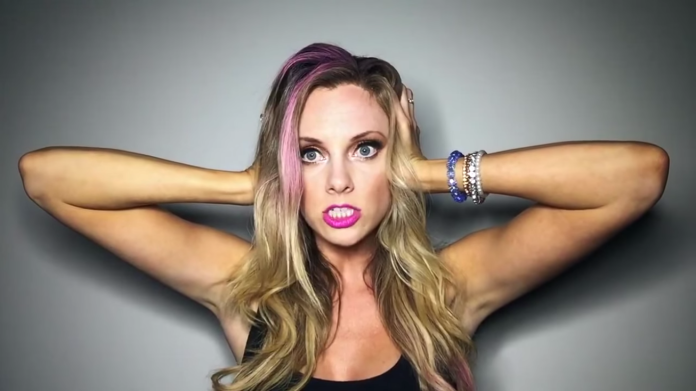 You posted this video a few days ago regarding your experience at an airport with “fat people”. Now, I’m not sure if it’s just me, but simply hearing the words “fat people” and “fat family” that you said so often in your video made me cringe, forget the rest of it. You also throw around quite a bit of hatred in your video and leave no stone unturned to express your disgust for people who are overweight.

But let me ask you a question. Who are you? No, really…who ARE you?? I had absolutely no idea that you even existed until your recent “Dear Fat People” video went viral. So congratulations – I guess you’ve gotten the attention you were desperately looking for; but as far as respect goes, you’ve lost any that I could have had for you. I’m not going to publicly unleash my wrath (trust me, I’m making every effort), because let’s be honest, you’ve gotten quite a lot of reactions to your video on YouTube itself…none that are too pleasant:

However, being the generous young woman that I am, I’m going to take the time to break it down for you. After a couple seconds of scrolling through your YouTube channel, I noticed something. You have nearly 100,000 subscribers. Sadly, what you apparently fail to realize is that among those 100,000 people that view your channel, I’m going to use my common sense and say that there are PROBABLY a large number of viewers who fall into that “fat people” category that you’ve so openly created.

Now, let’s have a look at the age groups watching your videos, shall we? Unfortunately for you and the rest of the world, YouTube is a public community. That means anyone, of any age, may search your video up and watch it. *lightbulb on* Yes, that means children as well. The problem is, children aren’t quite as dumb as you might have thought. They are easily influenced and learn primarily from what they see and hear from the people around them. Instead of encouraging them to love themselves and their own body types like you should, you’re preaching that there IS an ideal body type – and that body type is, well, essentially…yours. Confidence is one thing; ego is another. And what YOU’VE got there, my friend, is a sh*t ton of the latter when it comes to your body.

While I’m at it, let me just briefly mention that you DON’T know other people’s stories. You don’t know their lives, or what they struggle with, the stress they experience, or whether they are in fact trying to lose weight. Allow me to take myself as an example. Though I may not be fat, I’m not thin either – and I know first-hand how difficult it can be to lose weight. We all have our own demons to battle. So guess what? YOUR opinion on OUR body shape and/or size is quite unwanted.

What’s funny to me is that you uploaded such a blunt video about your views on overweight individuals but weren’t prepared to take criticism. The fact that you disabled comments speaks a lot of your values. I’ll say this much. If you’re going to dish out nonsense about other people, you better be prepared to receive some of your own. And as a side note, you’re dealing with people worldwide – a disabled comments section isn’t going to stop us from voicing our opinions; just as your conscience didn’t stop you from voicing yours.

The fact of the matter is, I understand perfectly well what you wanted to achieve with your video. It was meant to be a humorous, controversial piece that (I think?) people were supposed to watch, subscribe, and leave. But forget funny, you came across as thoughtless, heartless, and downright RUDE. Yeah, I said it. Now, why don’t you eat some low caloric salad and hide your face in shame?