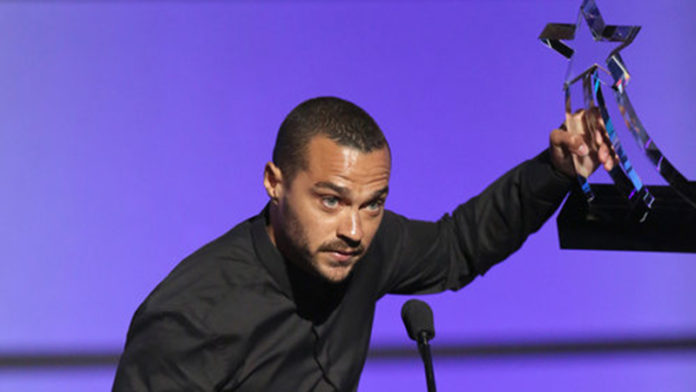 Just when the world thought the powerful BET Awards speech by Jesse Williams was old news, a petition with a headline on change.org that reads: “Sign the petition to fire Jesse Williams from Grey’s Anatomy for racist rant” appears. And just like that it becomes another topic of discussion in the #BlackLivesMatter debate.

If you have not heard Williams’ powerful speech yet, check it out below:

The beginning of the plea begins, “Jesse Williams spewed a racist, hate speech against law enforcement and white people at the BET awards. If this was a white person making the same speech about an African-American, they would have been fired and globally chastised, as they should be, but there has been no consequences to Williams’ actions.”

Just when you think the petition couldn’t get any better, it does. It further states: “**A special note to all the people making assumptions: Who said I was white? Who said I’m a Trump supporter? This is not about politics. This is about equal consequences for racist behavior.”

The explanation of the “special note” was an absolute joke and took away from the true issue. By defending yourself as the leader of this petition and including specific points about what you “may not be”, it makes you sound like you are what you’re denying to be.

I do not believe firing someone over certain comments should be the answer. But what I do agree with is bringing up the discussion of racial equality, and that’s exactly what this petition does. White people have been fired from their jobs publicly for making a racist remark, or for openly supporting controversial topics.

A lot of backlash has come from the African-American community, and they’re still begging for equality. But you cannot demand equality unless you experience the same repercussions as well.

Do we need to rewind back to when thousands of people were outraged when DOG the Bounty Hunter lost his show on A&E for using the ‘N-word’ back in 2012, or infamously when Paula Deen did just last year? Thousands were begging for both individuals to get fired for their actions, and they did.

Not all ethnicities are bashing Williams’ speech. They’re even agreeing with his points and saying, “yes, there needs to be a change”. Just because the initiator and the over 5,000 other people who signed the petition are disagreeing with Williams, does not mean the rest of the world is.

In no way am I saying that this petition is right. Losing your job over something like this should not be the answer, regardless of who you are. However, if white people can be fired from their jobs for publicly insulting another race, why shouldn’t African Americans for doing the same?

And for those diehard fans, Grey’s creator Shonda Rhimes shut down the possibility of firing Williams with a simple tweet.