For those of you who have been living under a rock for the past year or so, Donald Trump is the Republican candidate for the President of The United States of America. We have only ourselves to thank for that, I suppose. While the Democrats lock up their candidate, let’s take a trip down memory lane and remember all the silly things The Don let come out of his big cheeto-dusted mouth. We all know about the wall he’s building to protect us from Canada and Mexico and the types of Mexicans he dislikes and the fact that he only looks at women’s lovely lady lumps, but he’s had some pretty absurd rants on other topics too. I mean, at least he loves taco bowls, amiright?

“I’m speaking with myself, number one, because I have a very good brain and I’ve said a lot of things.” MSNBC’s “Morning Joe” March 2016

I wish he only said things when speaking to himself because his brain doesn’t sound good once it comes out of that mouth.

“It’s freezing and snowing in New York – we need global warming!” From Trump’s Twitter in the winter of 2012

This takes me back to above quote when he claimed he had a good brain; that is clearly not the case.

“I’ve said if Ivanka weren’t my daughter, perhaps I’d be dating her.” On an episode of The View in 2006.

This is the gross reaction he had when asked what he would do if he found out she posed for Playboy.

“Happy Cinco de Mayo! The best taco bowls are made in Trump Tower Grill. I love Hispanics!” From Trump’s Twitter account May 2016

They can enter the country as long as they bring him a homemade snack. 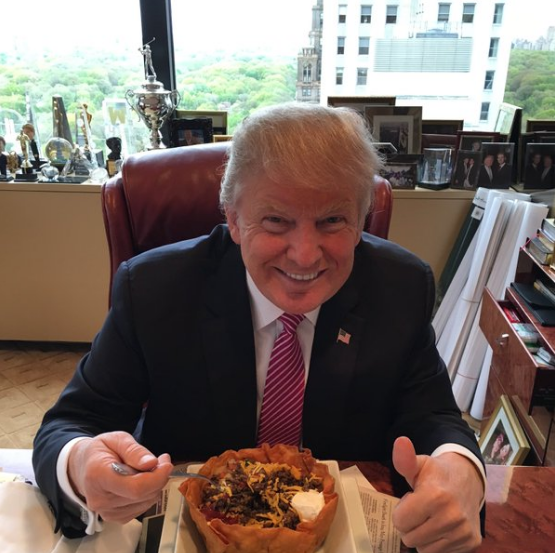 “If and when the Vatican is attacked by ISIS, which as everyone knows is ISIS’ ultimate trophy, I can promise you that the Pope would have only wished and prayed that Donald Trump would have been President because this would not have happened.” Responding to Pope Francis’ comments in February 2016

Would ISIS spare the Vatican because he built a wall around it? Philosophical questions.

“If Hillary Clinton can’t satisfy her husband what makes her think she can satisfy America?” He quote tweeted in April 2015

Excellent question, Don, but a private relationship between two people has nothing to do with running a country – or so I’m told. 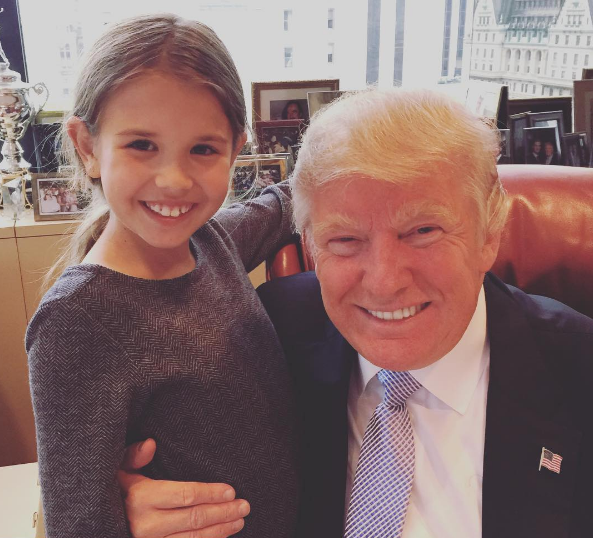 “The beauty of me is that I’m very rich.” On Good Morning America in March 2011

How is rich going to make decisions for a country?

“If Obama resigns from office NOW, thereby doing a great service to the country—I will give him free lifetime golf at any one of my courses!” On Twitter in September 2014

Because he’s so rich that instead of money, he would prefer Obama to pay him in political knowledge since Trump only has business skills.

“I love the old days, you know? You know what I hate? There’s a guy totally disruptive, throwing punches, we’re not allowed punch back anymore. … I’d like to punch him in the face, I’ll tell ya.” At a rally in Nevada, February 2016

If people were still allowed to punch so openly, I’m pretty sure all minorities and all women would have beaten the crap out of him. On more than one occasion.

Quotes can be taken out of context and it sometimes skews their message but these lines are pretty hard to defend. The one liners and memes this guy has provided us are entertaining for sure, but we have to take a step back and stop giggling for a minute. 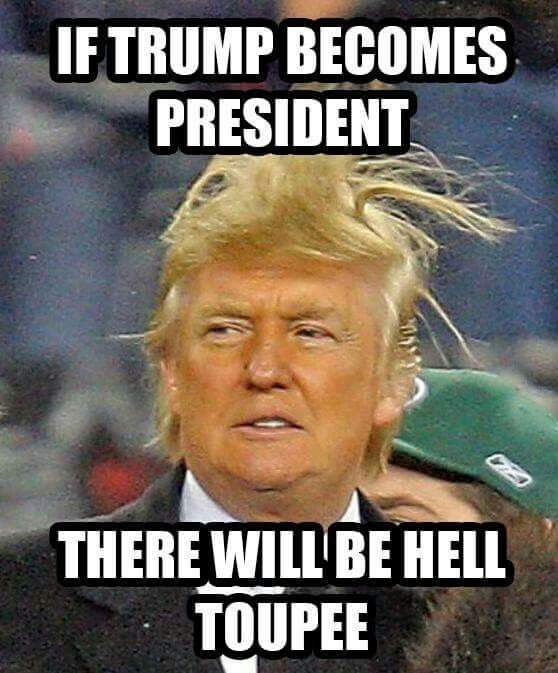 This guy could become the leader of our free world. Imagine how funny it would be if he actually won the presidency.