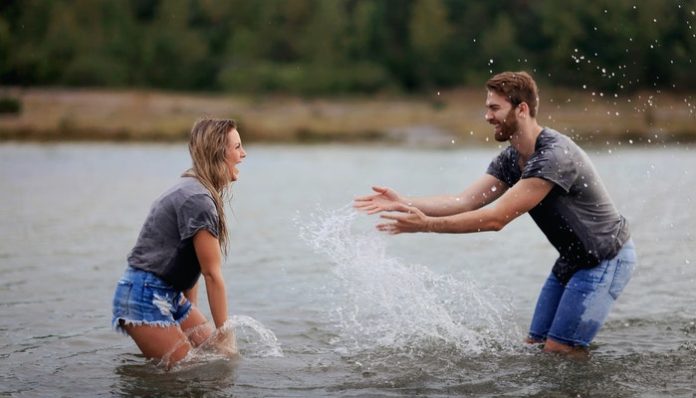 It’s exciting to find a man who’s ready to stop playing dating games and start focusing on what one woman — you — have to offer in relationships.

But before you even consider committing to him as “boyfriend and girlfriend,” let alone think seriously about getting married and making him your husband, it’s critical to know the qualities of a good boyfriend to look for in a man.

This means it’s time to get to know and understand the aspects of his character and personality, and in doing so, you’ll strengthen the relationship you’ve begun even more.

Good boyfriends and husbands are supposed to be supportive, loyal, trusting, caring, and loving and then the relationship works. In a strong relationship, both partners understand each other, feel totally comfortable with each other, always share what’s on their minds, consider each other their best friend, and a plus would be a fun sex life.

You also have to look for certain qualities in a good man if you’re going to marry him like he has to be sweet, loving, funny, loyal, caring, or thoughtful.

According to research collected in collaboration with MyONE Condoms, researchers from the University of Göttingen, and the menstrual cycle tracking app Clue, out of 68,000 people in 180 countries, 88.9 percent of women value kindness in a partner the most then in order supportiveness, intelligence, education, and confidence follow.

The study also found that in terms of physical qualities, attractive eyes and an attractive smile are favored.

You can use this “checklist” of sorts as a guide to understanding what you should look for when it comes to deciding whether or not a man is worthy of you or an investment of your time. In other words, a good boyfriend has these characteristics:

This trait separates the men from the boys. All you ever want is for a man to say what he means and mean what he says. That’s how you live your life, and you want him to do the same.

Great boyfriends are consistent and prove to be a man you can trust. You know what makes him mad and what makes him happy, and you are able to work with both.

There isn’t much I can think of that’s worse than being involved with a guy and never knowing which version of him you’re going to get on any given day and in any situation. You will never be comfortable with that type of man as your boyfriend, let alone as your husband.

You should always know that your boyfriend cares about you. Your dreams, your thoughts, and your well-being should be his number one priority.

How he treats his momma, his friends and family, and the people he considers his close friends is always at the top of the checklist when it comes to looking for a man who has personality traits you can admire. If he is kind to them and treats them with respect, he will do the same for you.

It’s also just as important to see that he treats total strangers with kindness because everyone deserves respect and consideration.

Make sure to put yourself in situations where you get to see him interact with others. If he refuses to let that happen, you’ve got issues.

There are so many opportunities available for anyone to explore their passions these days, and a man worthy of becoming your boyfriend (and possibly your husband) should have a plan for going after them.

Plus, if he openly begins sharing the plans he’s making for his life, that’s likely to mean he’s thinking about including you in those plans.

There is nothing better than being in a relationship with someone who is always willing and interested to learn. This is a sign of someone who is able to listen, be spontaneous, and remain flexible.

After all, how sexy is it when a man can admit that he’s lost and ask for directions, right?

Ladies, you know relationships are much more enjoyable when you’re with someone you laugh freely, easily, and often with. You both already have so much to put up within your daily life that being able to shake it all off by sharing laughter is both reinvigorating and vital.

In fact, research “has consistently shown that happiness is positively related to [positive styles of] humor,” so it really is true that laughter is the best medicine for relationships of all kinds.

Isn’t it wonderful when someone is successful, but also able to be modest about it? Men who behave this way are the kind of guys who value hard work while also realizing that it takes a supporting cast to help get the job done.

When it’s time for you to shine, a boyfriend like this will be there to help you out in any way he can.

Your man should love not only his own people but your people too. He should want to make sure they are included in his life whenever possible and vice versa.

Perhaps most importantly, a man’s actions should show you how much he loves you.

You’ve heard the pretenders say, “I love you!” a million times before, but it’s what a man does to prove it that makes him the best boyfriend ever — and one you can feel secure thinking about getting married to.