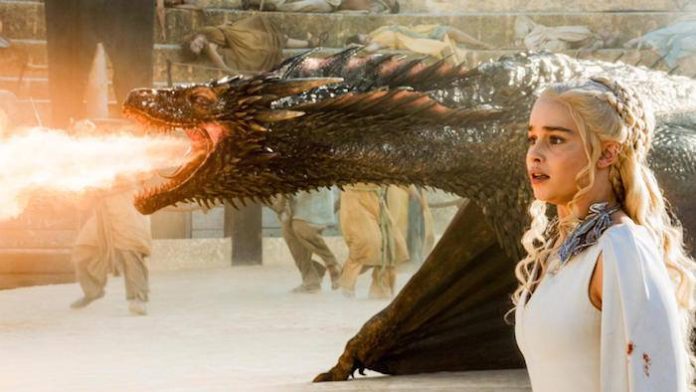 The sixth season of Game of Thrones came to a close this Sunday, and as promised, the episode made my jaw drop for the entire freakin’ hour! If I can count correctly, there were three epic revenge plots (Cersei, the Tyrells/Dorne, and Arya), one huge surprise reveal (Jon Snow’s parents!), and so many shocking murders that I lost count.

In case you woke up this morning and thought, “Wait, did that REALLY happen?” let’s recap all the O-M-G moments from the finale.

1. This is the only show that can get me HYPE just from the preview. You know they’re gonna talk about Lyanna!

2. Wow, royalty needs a lot of help getting dressed.

3. Today’s the trial. Is Cersei finally going to get what’s coming to her?!

4. Spoiler alert: not really. Instead, she blows up the freakin’ city. Just as the mad king had tried to do but Jamie killed him before he could. Talk about coming full circle!!

5. Wait, wait, wait. It’s Pride Month! Are we still cool with people saying homosexuality is a sin? Even if it is in a weird alternate medieval universe?

6. Say what you want about Cersei, but her armor is FIRE.

7. Who knew small children could be so murderous?!

9. Margery is right! Listen to her! You’re all gonna get killed. It’s the Red Wedding all over…but like The Green Trial!

10. I literally aspire to be as happy as Cersei: smirking, sipping wine, watching her enemies burn from her bedroom.

11. Cersei may be vile, but she is one strong woman. She doesn’t plan revenge unless she means it.

13. “You won’t die for quite a while,” is the best threat of these six seasons.

14. OH MY GOD, TOMMEN! What a sweet, delicate angel. He was too good for his situation.

15. But that wasn’t how Cersei thought today would go. *Smirks, sips on some wine*

16. Okay, come on! Any dinner with Walder Frey is just a bad call.

17. “Not blonde enough?!” Leave it to Braun to call Jamie out on his secret incest with Cersei.

18. “Two king slayers!” I wonder how Jamie feels being compared to Walder Frey.

19. Being a Maester is literally the dream: read books all day, no marriage, no titles or obligations, must wear chains.

20. How cathartic! Jon Snow is back at Winterfell. But wait, wait, wait. Can he be King of the North if he’s a Snow? Or does it go to Sansa?

24. Real talk: I would vote for Sansa for President 2016! Jon Snow is right; she’s totally the reason they won back Winterfell.

25. Ugh, can the Starks just be tender and happy for 30 seconds?

26. “Winter is here,” is honestly what we have all been waiting to hear for six seasons.

27. The world’s best lady alliance has got to be Margery’s grandmother and the lady-killer-family in Dorne. And Varys?!

28. Dany never ceases to be a badass. Now, she’s even using her own potential marriage to her advantage!

29. “A king wouldn’t think twice about bringing a lover.” You make a great feminist point, Daario.

30. Okay, but honestly, Dany’s self-sacrifice and vulnerability shows how much she’s grown up. Maybe she isn’t just all fire and shocking murders.

31. “This is actually happening.” – Tyrion, but also all of us, who have literally waited six seasons for her to cross the Narrow Sea.

32. Tyrion is Hand of the Queen! *Sobs loudly into the couch*

34. HOLY SHIT IT’S ARYA! She knows how to wear faces! And she is finally avenging her mom and brother!

36. Littlefinger is too much. Stop trying to make the Iron Throne happen. It’s not gonna happen!

38. Poor baby Bran is like a recent college grad, thrown out into the world with literally no idea what he’s doing.

40. “I want to be brave.” Even a few decades ago, the Stark women were STILL badass, vulnerable, and smart.

42. OH, HEY! JON SNOW IS THE SON OF LYANNA STARK AND RHAEGAR TARGARYAN. WHO’S SURPRISED? (No one.)

43. Lady Mormont, in all her tweenaged glory, makes those northern men remember! We need her in this current presidential debacle. I mean, election.

44. Jon Snow DEFINITELY has Stark blood in him! He is The King of The North!

46. Okay, with Yara Greyjoy, Tyrion, the Unsullied, the Dothraki, a few hundred ships (with badass dragon banners), and Varys (which I assume means the Tyrells and all of Dorne), who is stupid enough to f*ck with Dany?

After such an epic episode 9, “Battle of Bastards,” the season finale of Game of Thrones obviously did not disappoint. Even more, it’s left me with so many questions and fan theories to ponder:

Will Winter come, and will the Night King kill everyone and make all of this sh*t pointless? How will Jon Snow save us from Winter all by himself? And when does he find out he’s a Targaryan? When will Jamie realize that Cersei is ~~the worst~~ and end up with Brianne? And for that matter, when will Cersei just die already? Who will Dany have to marry to win the Iron Throne? (‘Cause she’s gotta win the Throne, right? She has dragons!) How will the Tyrells and the Dornish ladies gonna eff that up?

Overwhelmed? At least we have the rest of 2016 to worry.