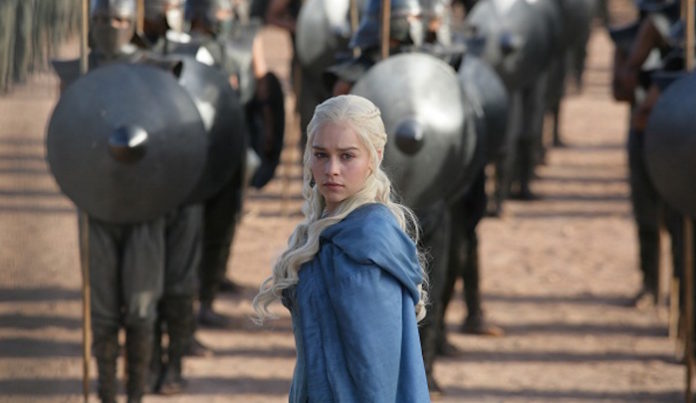 Game of Thrones is so much more than a bloody, violent period piece with dragons. It’s definitely all of those things, which is awesome, but it’s so much more than that. In a world full of crappy television shows with zero thought and even less talent, GoT brings everything to the table. A perfectly executed plot, dreamt up by the brilliant George R. R. Martin, an amazingly talented cast, and a truly engaging message.

The characters are both good and bad, in their own ways. The show constantly has multiple plot lines running and each has it’s own issues and clues as to what’s to come. The characters themselves, the show cannot fully take responsibility for, but the development of those characters on-screen and the selection of the actors to bring those characters to life has been done without flaw. They constantly keep you second-guessing yourself.

“Do I hate Cersei Lannister? Yes…. Oh wait, that was totally badass of her. Oh wait, crap I hate her.”

Normal dialogue that goes on in my head throughout a single episode.

I can’t even explain the emotional wounds I am still licking after the death of a certain King of the North. I promise it will happen to you, too. As viewers, we become emotionally invested because the characters are flawed, unlike many series. They have good and bad sides and that makes them more human.

I’m a TV and movie junkie and I’m notorious for always guessing the ending to the movies. I have known the events of GoT thus far, because I’ve poured over the novels, but they still have a way of keeping me guessing and pulling me in at just the right moments. Now that the shows are advancing the books, no one has a single freaking clue what’s going to happen and it’s exciting as hell.

Women in GoT are major points of applause for me. You see women in every possible role of society. From prostitutes, common in period pieces, to warriors and queens, GoT has all of them. Most importantly, women are some of the strongest main characters. They aren’t put on the back burner to the men. They’re complex and powerful. That alone makes the show one-of-a-kind.

Not always, but most of the time, women are put in supporting roles to men, there to provide a different perspective or help the man through the dynamic journey he is given in the script. In GoT, it’s totally different. Both men and women are the focal points, given equally challenging dilemmas to face, but also supporting each other in a way that even they don’t realize yet.

One of the best things about GoT is that it’s totally adult. It’s the one thing we as the adult world can claim as our own on our TV. It has everything that an adult could possibly want in a show. It has the perfect amount of drama, politics, romance, blood, and mystery.

The nude scenes are another reason as to why kids shouldn’t watch, but they totally add to the show.

Honestly, even adults can struggle to follow GoT: the plot lines, the foreshadowing, the constant stream of fan theories online. There’s always something to think about and something to speculate on.

Game of Thrones is more than just a television show. It has created a fandom unlike any other. It brings together groups of people across all demographics: Science-fiction junkies, fans of history or politics, or just people who love drama and dragons. Game of Thrones has something for everyone and it’s easily one of the greatest shows of all time. If you’re already a mega-fan, you already know. If you’ve never watched, you definitely should.

Featured Image Via Game Of Thrones