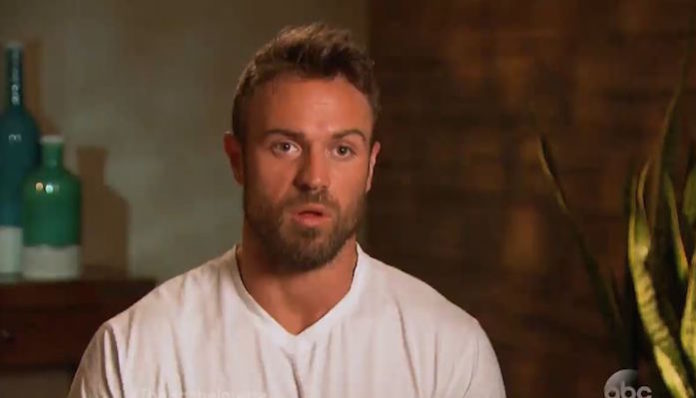 Kids, roid rage is real. And its name is Chad. This 2-night epic Bachelorette saga took us all on a journey to a very dark place: the eye of Hurricane Chad. We could just say Chad Bro Chad got real mad and end this shit right now, but where’s the fun in that?

Here’s 34 things we wish we could say to Chad Bro Chad during this week’s episodes of The Bachelorette:

We end the episode with what literally happened to be the worst date ever. What better way to breakup with someone than on a freezing cold, wet hike in the middle of nowhere with absolutely nowhere to escape to?

JoJo and Alex then walked away hand in hand, kissing, while Chad roamed the forest until nightfall, casually whistling that still made the hair on my unshaven legs stand up. Somebody get this man a raw yam STAT.

Thought we were finally rid of him? Think again. If next episode’s preview is any indication, Chad isn’t going home without a fight…or until someone finds a bear to throw at him.

As Chad walks towards the house like a hungry black bear through the dark woods, a horror story plot starts to unfold in real time. Chad stands at the front door and slides his fingertips down the glass window. No f*cking lie, we are going to witness a real life horror film in the making next episode. For the first time this season, I didn’t want to drown myself in a tub full of baby tears.

Check back in two weeks for the recap of the next episode! The Bachelorette is set to air again Monday, June 20th (8 p.m. ET) on ABC.

Featured Image via screengrab from The Bachelorette.