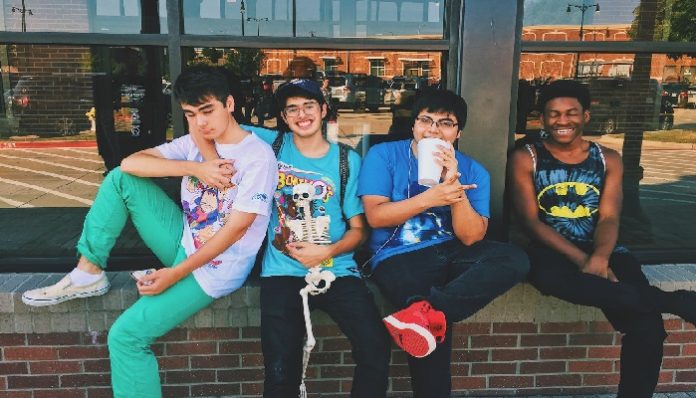 Yes, I know males are technically part of the human species, but sometimes I feel like they’re actually from Mars. I often watch them and just wonder what is going on in their brains. I find myself asking “why?” a lot. Why do you do that? Why did you think that was ok? Why are you such a GUY? There is a laundry list of things men do that I just don’t understand. With the help of the women of my family and friend circles, I compiled a list of 15 things I’ll never understand about the male species.

1. Adjusting themselves in public. Guys, before you start whining that women don’t know what it’s like to have testicles, YOU will never know what it’s like to lay an egg. And by that I mean menstrual cramps feel like Satan is ripping out your insides. But I digress. It’s considered “un-lady like” when women adjust their boobs in public. If men can grab their junk in front of everyone then we can fix our breasts when our bras are uncomfortable.

2. Bromances. Maybe it’s because girls aren’t like that, we don’t normally like people that much to become instant besties with them.

3. Their incessant need to act like they know what they’re talking about when around other men they’re trying to impress. Just admit you’re wrong, because we both know it’s true, and everyone else can tell too. You’re really just embarrassing yourself.

4. Not being able to listen while sports are on. Commercials are there for a reason. Use them to listen to your lady.

5. Their need to do stupid things that can and will cause harm to them. Nothing says fun like attempting to backflip off a concrete wall onto more concrete (even though you haven’t done a backflip in years)…right? Wrong, you idiots.

6. Acting like they don’t enjoy watching chick flicks. Chances are if you’re vulnerable around us, we won’t think you’re such an assh*le all the time.

7. Why they use horrible pickup lines. Sometimes you think you have these genius ideas…so next time you get one of those, please don’t act on it.

8. Why they leave the toilet seat up. If you took the second to lift it up, it shouldn’t be that hard to take a second to put it back down. Nothing says “I could kill you right now,” like going to sit on the toilet and end up falling in. If we wanted to get our asses wet we would have bought a bidet.

9. Not being able to listen to directions. Just listen to the GPS, honey. Your “quicker” or “scenic” route will only frustrate us both when you get us lost.

10. Why their team losing ruins their entire mood and day. First off, it’s just a game. Secondly, next time we’re upset because we finished a book and it wasn’t the ending we wanted, don’t tell us “it’s just a book.”

11. Why guys feel the need to catcall and why they think it’ll work. Because who doesn’t want to respond to, “And how did you meet your husband?”, with “He shouted something sexually aggressive at me from a van and we just went from there really.” Make our dreams come true boys.

13. Refusing to use directions when putting something together. We get it. You’re a man. But directions were designed to help you properly assemble items. Save yourself the frustration and just follow the directions. I promise you I won’t think you’re any less of a man. In fact, as my boyfriend, it’ll still be hot that you put that entertainment system together for me.

14. Shaving and leaving hair EVERYWHERE. You complain about our hair shedding and getting everywhere, but at least you won’t ever have to worry about getting our pubic hair on your toothbrush.

15. Why they are so afraid of periods. Yes, women are scary during their time of the month. We cry at the slightest thing, we lash out unexpectedly and we eat everything. But during these rough 5-7 days we need your support and TLC the most. You may not have done anything wrong but stay strong. It’s not us talking, it’s the demons of PMS. Also, it’s blood. Not radioactive material. It won’t kill you.

The fact that we put up with you, no matter how annoying, gross, or childish you are says a lot about us. Because at the end of the day, we still love your stupid asses. Besides, half of the fun is complaining about you anyway. But men, seriously, we’re begging you. Please help us understand why you do the things you do. And ladies, comment below what else we have a hard time understanding about these creatures!

Why The Fear Of Rejection Is Life-Limiting