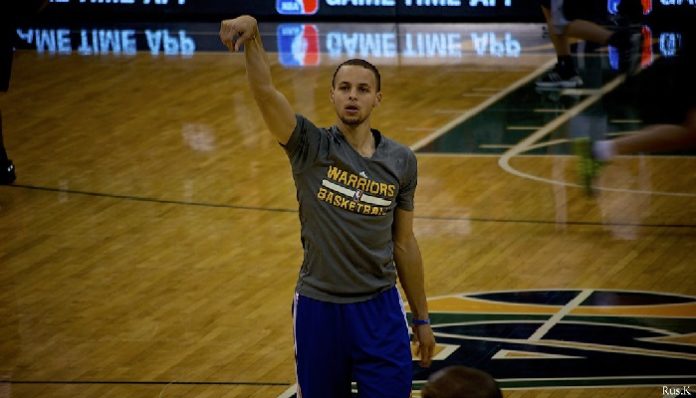 Unless you’re a diehard basketball fan, you only hear about the sport during March Madness and right about now, during the NBA Playoffs. Between all the tall, dark, and handsome guys on each team, it can be hard to actually pay attention to what’s going on in the game. With the eight teams left, we’ve got a few reasons to watch as the guys run around in hopes of winning more games than the other teams.

This series ended quick on Mother’s Day when the Cavaliers swept the Hawks. You still have the chance to drool over Lebron James, the future star of Space Jam 2, as the Cavs move on to the conference finals.

On the Hawks side, even though they are now out of the playoffs, it was a good four games of watching Paul Millsap while it lasted. He didn’t win Mr. Basketball in Louisiana in 2003 for nothing.

Of course, we have to drool over Steph Curry. You don’t even have look at him to know he’s cute; his daughter is too adorable not to have a handsome dad.

The men up in Portland have Damian Lillard on their side who guards the points and our hearts.

The native Texan, Jonathon Simmons, is full of southern charm and looks to have you wooed in no time.

But the muscley Serge Ibaka of the Thunder will have you craning your neck as you look up all 6 feet 10 inches of him.

We all know that Jay Z is a fan of Dwyane Wade of Miami Heat and we should be too. What a tall glass of water.

IBismack Biyombo of the Raptors is always playing center on the court and our attention when the game is on.

All of these players have insane arm muscles, most have tattoos, and you can definitely wear heels when they take you out on dates. What can you lose by following their careers? Literally nothing, except maybe a few tears as you weep with love in your eyes and your heart.

How I Use Hurtful Words As Fuel To Become A Better...