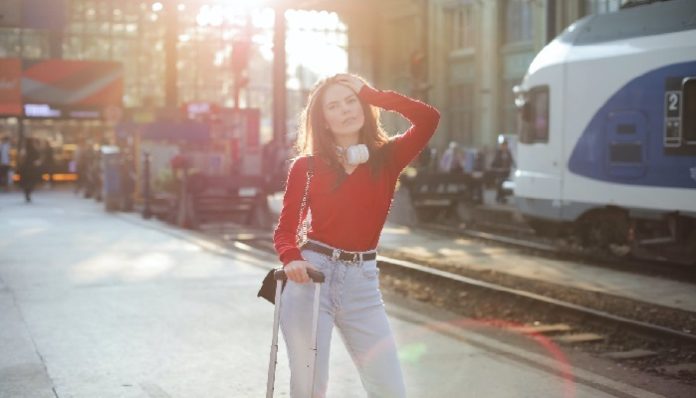 I have spent the last two hours sitting in the international arrivals section of the Miami airport. I’m kicking myself for not having a Go Pro right now, so I can only hope that my words can do justice to what I have witnessed.

Have you ever been so happy that you’ve just burst into tears?

So ecstatic that you’re simply at a loss for words?

Happy enough that you’ve actually gone into a state of shock?

If what I have described is foreign to you, than I send my sincerest apologies. If you can’t relate, then unfortunately, you are missing out on the greatest gift a person could give you: their presence.

I’ve watched relatives be reunited, soldiers return to their wives, children to their mothers, and what appeared to be long distance lovers all reunite within my time here. Yet each time, one (or both), of the people burst into tears, I found myself struggling to hold back tears of my own. Why on earth am I crying about strangers being reunited?

No, I’m not emotionally unstable and nope, I’m also not PMS-ing. These scenes are hitting me in the feels simply because they are illustrating what our generation has lost its ability to do: spend time with one another.

I have always tried to live by the motto of gifting “memories not materials”; buying hockey tickets as a gift instead of a new sweater. Or splurging on a nice dinner for two instead of the latest gadget for my father. This habit partly stems from my belief that goods are goods, re-giftable and forgettable. And partly because I truly believe that if a person really loves you, all they would ever want to give you is their time.

We now live in a society where the excuse “I don’t have time”, is thrown out like beads during a Mardi Gras parade. “There’s not enough hours in a day”, or “I ran out of time.” How is it that we are able to carve out so much time in our lives for work or school, or let’s be honest, to binge watch the latest season of House of Cards? Yet, visiting a grandmother is something that needs to be booked six months in advance. Don’t get me wrong, this article is complete hypocrisy, as I fall victim to this time-itis on a daily basis. And unfortunately, it usually takes someone becoming ill or leaving, for me to wake up and realize that my priorities are a tad out of whack.

Skeptical?  Ever heard the phrase “you always want what you can’t have?” I was fortunate enough to have had the opportunity to study abroad. Throughout my time in Europe I made some of the most amazing friends. We did crazy things and travelled to crazy places, and when it was all over I was amazed that I missed them so much. When I reflect back on our friendship, I can’t help but realize that we became good friends so quickly because our friendship was rooted in the creation of memories. I would give anything to spend time with them again, and I am quite certain they feel the same way.

So, as I finish typing this article I can enthusiastically say that my turn has finally come. My best friend from Colombia, who I have not seen in a year, is about to walk through those Terminal J arrival doors. And you can bet that I’ll be running like Usain Bolt to greet her.

So happy that I am at a loss for words.

Gone into a state of shock.

How To Make The Move From Online To IRL Dating

OCD Is An Invisible Illness, But It Is Very Real