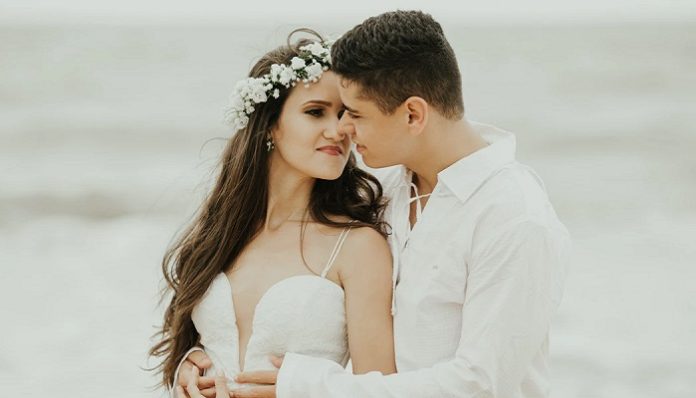 Mennonites are a group of people who belong to a sect of Christianity. The group is most commonly referred to as Pacifists, who do not believe in violence. Their belief is practiced around the world. Africa ranks#1 with the most Mennonites and the United States is number two. There are a little over 2 million Mennonites living and practicing their religion worldwide. The Mennonites share similar beliefs with the Amish in their appearance and living a very plain and simple life.

Recently, I got invited to a Mennonite wedding for a good friend of mine. I was excited for so many reasons, one being I haven’t been to a wedding in I don’t know how long and I was just really looking forward to experiencing a different sort of culture at their wedding. Weeks prior to the wedding, I kept looking online for a step-by-step bible for the do’s and don’ts at a Mennonite wedding. I couldn’t really find one that would be fitting for my friend. See, my friend is a Mennonite and his wife grew up Amish. Together as a couple, they are pretty modernized in their tastes so I was a bit confused.

When in doubt…over do it!

Never is it a crime to dress to the hill no matter what religion the bride or groom are. I assumed the guests would be dressed casual and laid-back based on the kind of the memo I was given. So I ran with it, picking out a real conservative country outfit! It was quite a melting pot.  At the wedding, you would find guests dressed in a suit and tie, some in jeans and a button down and then I even saw 2 girls dressed in an outfit you would go clubbing in! (That I was most shocked about!) Trust me, I kind of wished I knew about the “wear what you want” dress code because I was literally all covered up and boiling.

What is the rule on jewelry and makeup?

Majority of the Mennonite woman at the wedding did not wear makeup or jewelry unless it was their wedding ring.  Everyone else that wasn’t practicing the religion dressed how they pleased. However, if you wish to “blend-in” and be respectful dress modest.

Dancing, toasts, and alcoholic beverages are NOT allowed!

If you are expecting to have fun at the “open bar” you may be out of luck. They will not be an option. The alcohol rule to me was kind of an obvious one. But the no dancing or making a speech was kind of shocking and I was really looking forward to booging!

They just played soft music you might hear at a holiday dinner mixed with a scary movie sound leaving you in suspense thinking something is about to happen. We all sat there in desperate anticipation looking around the room wondering what was going to happen next.

No touching the bride’s husband even if it’s to get his attention!

Yup, you can sure say I definitely didn’t get that memo as I lean over and put my hand on my friend Jason’s shoulder for a photo. As I went in to ask for a photo with Jason and his new bride and my hot date, Zach, I received this cold glare from the bride like, “don’t you even think about stealing my man!”

Now, I hope you have a little bit better idea of what a Mennonite is like and how to act and dress the next time you get invited to a wedding like this.  Just remember to be on your best behavior. That means if you see a couple is Mennonite, do not even think about talking to the woman’s husband in front of her. Have a conversation with her to make her more comfortable and trust you.  I know it’s a lot to know. Don’t worry, you don’t need to be a pro at this. Just be open and respectful.

Why Every Grumpy Guy Needs a Sunshine Girl