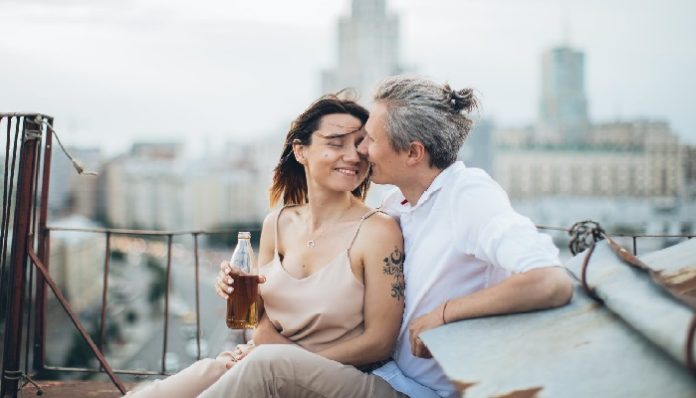 When you think of rebounds, you think of trashy hookups meant to get someone over their previous relationship. Then they go off and find a person they actually want to be with. When you think of being someone’s rebound, you think of meaningless sex. I used to have those opinions on rebounds. That is, until I was a rebound and we fell in love.

He was the perfect archetype of a country boy. He had blue eyes, blonde hair, and from what the rumours said a huge dick. I liked him. I wanted him. There were just 2 problems. He was my cousin’s best friend since he was 2 (and my cousin views me as his little sister so he’s very overprotective), and he just got out of a relationship… His name was Tyler and he was hands down the cutest guy I had ever seen. He was a dick, but in a charming way and I was determined to find out if the rumor was true or not.

Our group was all invited out to a friend’s bonfire. Tyler lived 2 blocks away from my house and I shot him a text asking for a ride because I thought might as well jump on the opportunity (pun completely intended) and I was going to drink. He picked me up and we headed to our friends’, but the drive there we were completely silent with nothing but the sound of his diesel truck. His truck was so sexy. 20 minutes later it began; we got there, he had one beer, I had…well…a decent amount. I was confident he was flirting back.

On our way back, I decided I wasn’t ready to go home. I had sexy underwear on and dammit I was going to put them to use. So I said the only thing I knew that would grab his attention, “Let’s go blow something up.” Without any hesitation, we headed down a dirt road and were going out to a canyon. We got out of the truck, put his tailgate down and talked. We got closer and closer together and then our lips met. Next thing I knew, we were passionately kissing and getting back inside his truck, f*cking in his front seat.

When he dropped me off, we left with a kiss and the promise not to tell anyone what had happened. This “one-time hook-up” turned into a once a week hang out. We started to become best friends, then we were with each other every day and every night. We were in a relationship; we were in love. We were just two kids who ended up crazy about one another, but like most relationships we started fighting, we started drifting, the sex stopped happening, and eventually we broke up.

When I look back and think about it, the relationship solely started because I wanted to be his rebound, someone who had meaningless sex with him, but I didn’t get just that. I think the reason it didn’t work out in the long run was because our relationship was based on cheap wine and sexual fantasies. But although it ended and we don’t speak anymore, I am grateful for what I had because it was a part of my life I’ll never forget. And, well…it was some kickass sex.

P.S. The rumor was true, he does have a big you know what. 😉