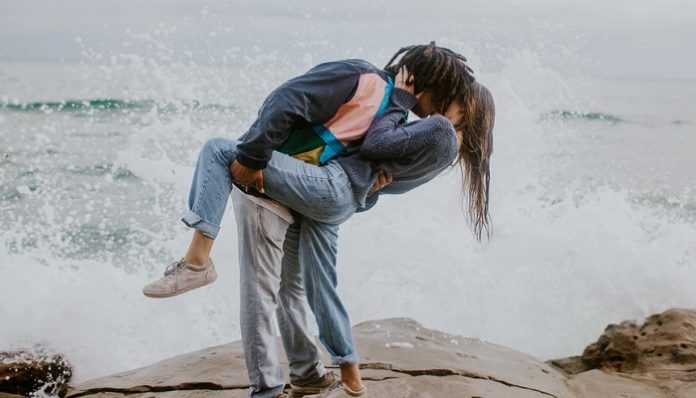 When I was in middle school, I swore off guys. I decided they weren’t worth my time anymore and that no guy could ever be worth the drama that came along with him. I decided that dating was dumb and that no matter how cute the next boy was that tried to hold my hand I would flat out reject him. Believe me, I know. That was beyond dumb and I’m pretty sure my older high school friend laughed her ass off when I told her my plan to never go near another boy again. And of course, this didn’t last long at all.

When I was a sophomore in high school I swore off dating “bad” boys. Little did I know that all boys have good and bad in them. Most of the good guys I ended up dating turned out to be the bad ones by the end of it all, and the ones I avoided turned out to be good ones. You know the ones that you could call up in the middle of the night when you didn’t have anyone else to turn to kind of “bad” good ones. Nevertheless, I still made these rules for myself and tried my best to stick with them.

When freshman year of college rolled around I decided that I would give myself a year to only make friends. No dating, no love interests. I told myself that I wasn’t at college to find the love of my life anyway. I was here for bigger things even if I didn’t know what that was. And this partially worked. I technically didn’t date anyone my freshman year of college and I did make a lot of friends that I wouldn’t give up for the world.

Let’s go back to middle school me for a second. Along with swearing off all boys I came up with a plan to not ever have to need one in my life ever again. Honestly, it was pretty simple. I was just going to become a super successful something and have enough money to adopt all the orphans in the world. Thus, no need for a husband.

The thing is, I had rules. I had a list of things I promised myself I would never do for a guy. It started with screw over a friend and ended somewhere around have a baby for him. The middle of the list was filled with things like put a guy before my career and be more invested in his happiness than my own.

And then you came. You came, and no one told me that my rules do not apply. No one told me that you would change things that I had believed to be true for almost half of my life. Nobody warned me that the right kind of love would make me rethink every rule I had.

I had a plan. You need to know that. I didn’t need you in my life because I had everything figured out and it was all going to be fine. I didn’t need a guy in my life. I could do it all myself. And then you showed me that I didn’t have to. I still knew I could, if I really needed to, I would make it all work out myself, but you showed me that no matter what plan I had, I didn’t have to do it alone. And I think that’s what changed everything.

3 Steps Parents Should Take To Help Their Kids Deal With...