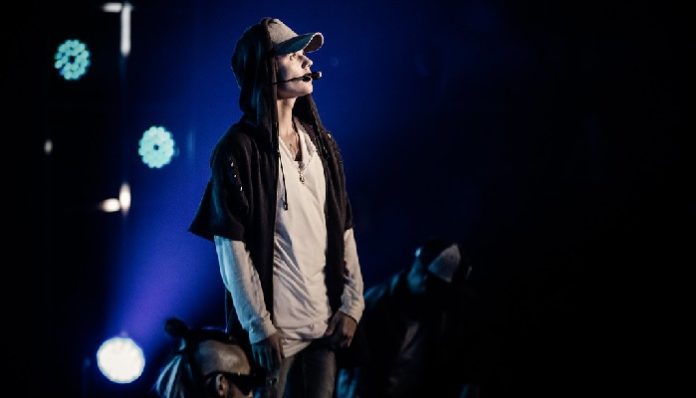 Justin Bieber is feelin’ 22 today. How crazy is it that it’s been 9 years since we were first introduced to Justin Bieber thanks to Usher & Scooter Braun!? While 2015 was the year that everyone fell in love with JBiebs, some of us have been loyal fans since his YouTube cover days. To celebrate Justin’s 22nd birthday, we thought it’d be great to take a look down memory lane and his evolution since he was first introduced to the world.

2008
Bless Scooter Braun for searching endlessly on YouTube for the next star and discovering baby Biebs. Also, thank you Pattie Mallette for giving Scooter a chance because without that…we wouldn’t have been introduced to #bieberfever. Let’s start off memory lane with the moment that jump started his career – Justin singing to Usher.

2009
Sweet, innocent Bieber. This marks the year that Justin was officially introduced to the world with that beautiful My World EP. Who could forget that house party at Usher’s ?

2010
This starts the rise of Bieber’s career with a sold-out world tour and a number one hit song featuring Ludacris. Two years into the game, and he already has the most disliked video on YouTube. I feel like we should have realized his assh*le tendencies from this point on…you know, when he tweeted out a Detroit teen’s phone number as “revenge”? We were all too blinded by his baby ways.

2011
Cue the early drama of Justin Bieber aka that time a fan said that he was the father of her kid but later dropped the suit. We’re also introduced the on again, off again (x100) relationship with Selena Gomez who claimed on Ellen that he was like “a little brother” months before confirming the relationship. If only a date of mine would rent out the entire Staples Center for a first date. Bieber killed this year with the release of his documentary, Never Say Never and his first holiday album, Under the Mistletoe.

2012
The fact that Justin completed a world tour, released a documentary, and had three albums under his belt before he graduated in 2012 makes me sad that I’m 22 and still don’t have my life together. In addition to graduating high school, Bieber released his third album “Believe” with hits including Boyfriend and Beauty & Beat featuring Queen Nicki. He also helped sign singer Carly Rae Jepsen, and helped propel Call Me Maybe into the top ten for weeks to come. This is also the start of his involvement with the police, Justin was pulled over for going 80 mph over the speed limit in trying to avoid the paparazzi. Also say goodbye to the Bieber haircut, that should have been a sign of what was to come.

2013
I mean…he started #musicmondays and released Confident? That’s all that can be said for Bieber in 2013 career-wise. Personal life? We could be here all day if we listed every single thing he was in the news for so let’s do top 3. He assaulted a tour manager, tried to sneak a pet monkey into Germany, and claimed that Anne Frank would have definitely been a Belieber. Let’s throw in a bonus when his bodyguards carried him up the Great Wall of China.

2014
Within a year, Justin somehow was arrested multiple times for a DUI, drag racing, assault, vandalism, and resisting arrest. Who could forget that deposition tape where the self-proclaimed “King of Pop” acted like a total ass. America was also completely done with Justin Bieber and petitioned for the White House to #deportBieber which failed. Even if it succeeded, Canada definitely wanted America to #KeepBieber. This was also the year of that random feud between Drake Bell and him. Professionally, Justin said he was going to take a one year hiatus but then just featured in other songs.

2015
Forever known as the year that everyone became Beliebers. How can you not with all the hits from his Purpose album? Personally, things are also looking up for Justin – I mean the only “controversial” thing that happened was that he was photographed nude which wasn’t even his fault. Sure, he’s had some crazy times but overall, this was a good year for Justin media-wise.

2016
What better way to get over a four-year turmoil relationship with Selena Gomez than by covering up her tattoo and starting a relationship with Hailey Baldwin. I’m convinced that 2016 will be Justin’s year, especially with his upcoming world tour. We’re also hearing more and more leaked songs and if his performances are anything like the ones he’s been doing on the award show circuit, fans are going to be in for a treat.

Justin Bieber literally grew up in front of our eyes with the media following every single step of his professional and personal careers. While there were years where Justin acted like a complete shit, here’s to hoping that he’s finally growing up and embracing his twenties in a positive way. We’ve gone through all the good and bad with Jbiebs, and let’s hope we get to experience some more dramatic, and crazy moments with him. Happy Birthday Justin!

When You Can’t Escape The Overwhelming Sadness & Exhaustion