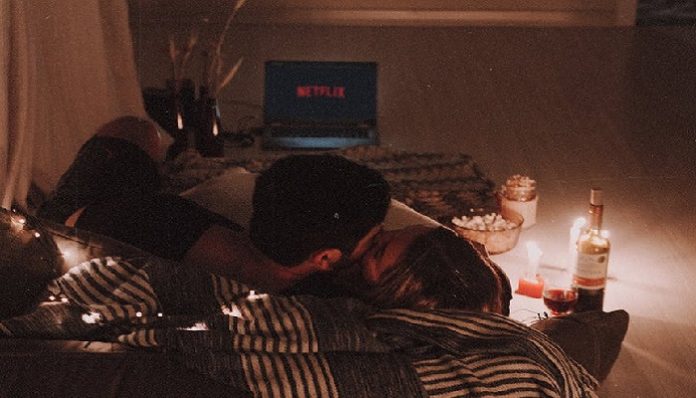 These days, I find myself hesitant to invite anyone over for a Netflix binge-watch.

At the dawn of TV-streaming, inviting people over for a Netflix marathon implied three things: (1) let’s watch as many episodes of this show as we can before our brain turns to mush, (2) we’re going to eat every unhealthy snack on the face of the planet because mushy brains should always be accompanied by a junk food coma, and (3) pajamas are part of the dress code.

Now that the ‘Netflix and Chill’ phenomenon has taken root in mainstream dating, I’m afraid to ask my guy friends to come over and watch Netflix with me, lest they misinterpret my intentions. To be honest, I’m kinda pissed off about this development. Now I feel like I need to get gussied up for a Netflix marathon when the whole point of a Netflix marathon is that you can feel lazy, be as ugly as you want, and never be judged for it.

Since ‘Netflix and Chill’ now translates to a booty-call, you can understand how the laid-back feel has turned slightly stressful. I suddenly have to worry about whether I’m wearing my good undies or not, and if my ‘lazy’ outfit makes me look naturally sexy or unbearably horrendous.

I totally support this trend towards treating casual sex as if it’s no big deal (because it isn’t). However, I feel like some people are actually forgetting how to date because sex has become so accessible. Millennials are all about the “work smarter, not harder” mantra. Maybe it’s a side effect of the digital age, but we just don’t try anymore.

I’m not the type of girl that wants to go to fancy dinners or expensive wine tastings. Personally, I enjoy dates where I can order chicken fingers and fries, get into a drinking competition over the football game we’re watching, and end the night laughing hysterically over YouTube fails. As relaxed as my fantasy is, it’s not “let’s sit on the couch and pretend to watch Netflix so we can have sex.” There are nights for that sort of thing, but it shouldn’t be the norm.

If we’ve been dating for a month or two, and we’re both feeling lazy, I’m totally in for the “Netflix and Chill.” If that’s the only thing we do, we’re probably not gonna last. I’m a cheap date, but not that cheap.

I feel like we’ve invested so much in the act of sex and not the emotions that used to be behind it. We’ve started turning away emotional vulnerability and actual relationships for a quickie that takes little to no work. Our generation is the epitome of ‘hit and quit it’ or ‘get out before you can get hurt’. Some people are so afraid of rejection and potential heartbreak that they stop trying for anything at all.

I don’t think “Netflix and Chill” is an inherently bad thing. I think it’s often used as a trade off – a physical release with no strings attached instead of a potential emotional investment. We’re so guarded about what we open our hearts to and I’m afraid that it’ll come back to bite us in the butt.