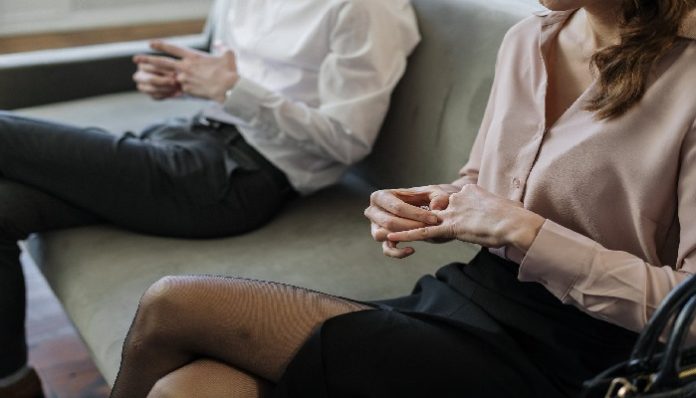 For as long as I can remember, my parents were genuinely unhappy together. I remember the fights, the tears, the yelling and the heartache…it was unbearable at times. As the years went on they (thankfully) started to realize how much they didn’t fit together. By the time my sister and I were about eight and nine years old, my mom filed for divorce. That was the worst part about this whole situation. Some parents have a mutual understanding, sign the papers and remain platonic friends. The kids get to see their mom one week, and dad the next and that was that. My sister and I, well, we didn’t get so lucky.

Our whole family had just recently moved from a bungalow to a two-story house about 40 minutes away – it was beautiful. My sister and I absolutely adored that house. We each had our own room (finally), we had a pool and had just gotten a border collie. Things were looking up…or so we thought. But then the fights seemed to be getting more intense and there seemed to be more confrontation and tension than ever before. Wanting to protect my sister from that kind of stressful, feuding environment, I always made sure she was out of the house. We would go to the park, I would walk her to her friend’s house, we would play hop-scotch. I would make sure she was as distracted as possible and away from  all the awkward and uncomfortable yelling.

About three years later, still living in our dream home, my mom signed those divorce papers and things only got worse. Though I knew that love wasn’t supposed to be full of screaming and tears, no one wants to wake up to your dad crying because your mom asked him to leave. It hurt my heart because all I could think about is that these were both my parents and they were supposed to be together forever.

The awkward time came where my dad refused to leave the house and decided he would rather kick out my mom. There was no way in hell my mom was leaving us there alone with him, so she decided to take us with her. We ended up living in hotels for about two weeks until my she decided to go back to the house and stand her ground. She felt it would make more sense for him to leave and for my sister and I to be in a somewhat “stable environment”.

That’s when sh*t hit the fan.

My dad refused to leave the house and after a bit more yelling and arguing, my mom called the police to escort him out…that was brutal. I remember the police coming in and personally removing my dad from his home; our home. To me, he was just dad,and nothing could stop me from loving him so much and feeling so terrible for what was happening to him. He was losing his two little girls – his family.

A few weeks later, I remember this loud banging on our front door and some yelling. I could tell it was my dad’s voice right away. I didn’t understand at the time, but he was drunk. And by drunk I mean COMPLETELY wasted. His life and family was flashing before his eyes and he just didn’t know how to handle it. I went up to my room and remember seeing my dad out the window; stumbling and mumbling to himself and then a bit of yelling to us girls. My heart has never ached more  than in that moment.

I saw three cop cars pull up and arrest my dad right in front of me.

I tried to cover my sister’s eyes so she didn’t have to see what was happening, but she saw the tail end of it. He was being placed in handcuffs and shoved in the back of a police car.

I later found out he was arrested for other charges and that’s why he went to prison… Maximum security prison. It was for eight months, but I can tell you it felt like five years. Not being able to see him at all or even go to the prison to visit really broke my heart. I just wanted to hold him and tell him it was going to be okay…he’s my dad.

My parents mean the absolute world to me; they did and still do a lot for my sister and I, and always do things with our best interest at heart. But, the reason I think their divorce “saved us”, is  because, as much as I hate to admit it, I know exactly what I don’t want in a relationship. I know that I will do everything in my power to never let my kids endure the hurt and pain that we did. The chaos, the lies, the tears and the heartbreak of it all – it’s a feeling I wouldn’t wish on any body. But I think that’s what’s great about this situation – it was a lesson learned. My parents are human, they made mistakes and are better people individually than they were together. I’ve become the person I am today because of what I experienced and I wouldn’t trade that for anything. It’s a bit of a blessing in disguise… it just depends what perspective you have on the hand you’ve been dealt.