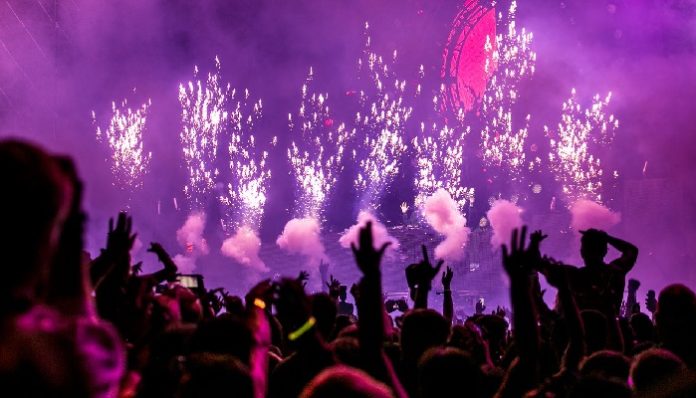 After talking to my close friends, I’ve come to discover there’s usually one or two things about me that will shock people into silence. The first? I hate avocados. Hate, hate, hate them. No matter how much I love cooking and health cleanses, I will always hold a special hate for the mushy fruit. The second: I used to party harder than what was necessary or healthy. Looking at me now, most people claim that they have trouble believing such a statement. I drink, yes, but never to the point of getting out of control (ie. throwing up, passing out, being unable to talk or walk). I work constantly, I have other interests, and the most popular comment I get is:

Nowadays, I take that as a compliment.

A couple of years ago, I wasn’t half the person I am now.

Between sophomore and senior year of high school, I relied pretty heavily on alcohol. It was a dark secret that not even my closest friends were privy to. Somewhere along the lines, I had stopped partying for fun and started experimenting to cope. Summers were spent waking up on trains, unable to recall where I was or what happened the night before, or tagging along with my former best friend to the next big rush. Whenever things got bad and I didn’t know who or where to turn, I would follow bad habits down the proverbial rabbit hole.

The group of people who I had hung out with at the time were charismatic folks. They were all smiles and laughter and eager to hop on the next big adventure. Before I even knew what was happening, it was like I had a separate, darker Hannah Montana-esque life. I was careful not to let my other friends know the truth, making it that much harder to walk away from the bad habits when no one really knew what was happening. But even now, I wonder if intervention would have made a difference.

There was a point in my life when I didn’t want to walk away. In retrospect, it wasn’t even about the drugs or the alcohol. It was about the thrill. There was something addictive about being so fucked out of your head that you couldn’t even think. At the time, I needed that break from reality.

But I was also a different person, a version of myself that I pray I will never go back to. I was selfish, careless, and irresponsible. I had minimal consideration for other people’s feelings. I was a mix of every stereotype of the girl you hated: the mean girl, the party girl, the snob. Everyone likes to party, but no one wants to talk about the reality of what happens when you take it a step too far. They don’t talk about the loss of identity, the choices you regret, and the spiral you didn’t mean to happen.

I take full responsibility for the person I used to be back then. But I also made the choice to walk away from that scene and turn my back on what could have been a dark present. My admittedly unhealthy friendship from my best friend faded. I started writing more. I worked harder at everything. But most importantly, I decided that I wanted to be a better person.

The second reality of being the party girl: it stops being fun.

At some point, you grow tired of not being able to remember your own life. Every bad event becomes an excuse to spiral out of control. You only know how to lash out at others and yourself. When simple fun becomes an extreme, there is an issue that goes beyond the bottle. If I could go back in time and urge myself to drop those habits early, I would do it in an instant. I’d take my younger self, shake her, and tell her that there’s more to life than getting blacked out every Friday and Saturday night. I would tell her that you have to dream bigger than the next house party.

Today, what excites me isn’t the idea of going to the bars or seeing how many shots I could down. It’s the possibility of being a creative director for Cosmopolitan, or a writer for Rookie Magazine, or traveling the world to explore new cultures.

It’s life itself, and you can’t find that in the bottom of a shot glass. I don’t feel this pressure to attend every party or go out every week. And when I do drink, it’s never to the point of being unable to keep myself together. It stopped being the end all of my world and for that, I couldn’t be more grateful.

How COVID Taught Me That Big Celebrations Aren’t Always Better