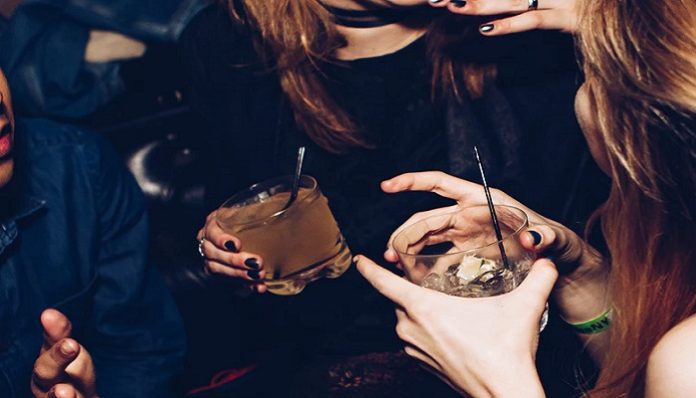 We all have friends that encompass one or more of the unlikeable qualities enhanced by alcohol, such as loudness and general sloppiness. Sometimes a loud drunk can be funny, but only in small doses. Those acquaintances that become unpleasant and/or a hindrance during a night out are not only annoying but unbearable. It is always a bummer to watch a sober friend turn into a nightmare after five tequila shots, and unfortunately, I’m not sure what can be done to change a friends drinking habits. However, this article can be used to be enlightened or reminded about generally intolerable drinking habits and drunken actions.

1. Using alcohol as an excuse to fight.

After a couple of shots and a few beers, some people begin picking fights with anything and everything and create unnecessary confrontations. You know the type. Sure, alcohol is good for letting loose and relaxing, but those that use it as an excuse to become angry and mean, are more than a handful.

Taking shot after shot in a short time span no longer qualifies as cool. Learning to pace yourself was high school, and now we’re in the big leagues. Once you are in college, it is best to know, or quickly figure out, how to space out your drinks so that your night doesn’t end with a trip to the hospital. Nights out that end with pizza and fries are SO underrated, and crazy drunks seem to always miss out on all the fun.

3. Becoming progressively louder with every drink.

No one wants to hear shrieking at the bar, but crazy drunks seem to somehow justify their yelling. Those girls that continually scream “WOOO,” at the bar are one of the reasons why I prefer to stay in for a quiet night of Netflix. It’s not just loud yells that are ridiculous, some drunks begin to use their drunkenness to spew loud commentary and inappropriate opinions until everyone around them is fed up. Being an overly rowdy drunk is embarrassing for not only that person, but all of their company who have to apologize for it.

4. Blacking out often, and being proud of it.

Blacking out is scary and dangerous. Most people don’t revel in nights they can’t remember, and the people that do, should really reconsider. Casually bragging about how much you can’t remember about last night is a warning sign for most people. It shows a general lack of conscientiousness for your own health and for your friends. Of course, everyone has a crazy night every once in a while and it’s all good, as long as it ends safely. Those that make blacking out a habit, however, should consider a change in drinking habits if only to increase their own safety.

Alcohol certainly ensures that emotional changes happen quickly and suddenly, especially for girls, in my personal experience. While a bottle of wine is necessary after a bad breakup or a bad day, obviously, excessive mood swings under the influence of alcohol are not conducive to mental well-being.

If you find yourself identifying with these five things, or have a friend that habitually does one or more of them, it might be time to sit down, and reconsider said drinking habits. Health and happiness are at risk, and those two things must be put above all.

How To Enjoy Your Weekends Even When You Feel Lonely