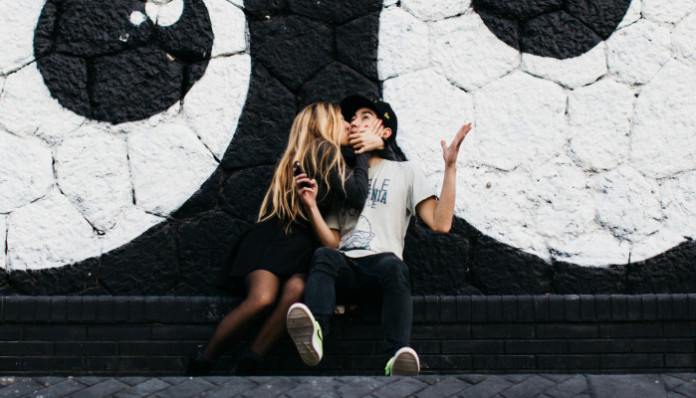 Years ago, I dated someone for a good amount of time before things ended. We went our separate ways, and while I am happy for all he has accomplished, he is simply not a part of my life anymore. To this day, there are people who only know me as his ex-girlfriend. It doesn’t matter that we ended on amicable terms, and that we have both moved on. Apparently, his currently lady-loves don’t quite see it this way. Can someone explain to me since when it was acceptable for other women who I do not know to hate me because of someone I dated in the past? I’m sorry – What did I ever do to you? I just so happened to date a guy that you are currently dating. How is it okay for someone who does not know anything about me hate me based on my past relationships? It is not okay.

I understand the temptation to not like a partner’s ex, especially if that ex so happens to still be involved in their life. The truth is, unless you two are each other’s first boyfriend/girlfriend, there will always be a person in their past. This does not have to automatically mean that you hate them though or that they are out to get you. Why do you NEED to hate them? You don’t, and here are a few reasons why you shouldn’t:

1. They Didn’t Do Anything
You automatically hate them because of rumors that you’ve heard or because they simply dated the person you are with. It does not matter that when you met them, they were genuinely nice to you. They haven’t done anything to you and it is unfair for you to not like this individual when they have not caused any harm towards you. What if you were in their situation?

2. Empower People, Don’t Bring People Down
In the age of positivity, it is important to bring people up instead of tearing them down. People have enough problems of their own to be dealing with unnecessary drama, and this is exactly that. What gain do you have by talking shit about this person? What is in it for you? Do you feel better? If so, we need to talk.

3. As Women, We Deal With Enough Bullsh*t
With the media, men, and fighting for more rights of our own – women have enough to deal with. The last thing women need is to have other women causing problems, especially problems that have no concrete reasoning.

4. It’s Petty And Unnecessary
Unless his ex-girlfriend is out to ruin your relationship, and is actually showing signs as the evil ex-girlfriend – you really have no reason to talk shit about her, and attempt to make her life a living hell. Both parties have probably moved on and it just makes you look petty, and desperate. It also creates unnecessary drama for everyone involved, and if she doesn’t give a f*ck – it makes you look ridiculous.

4. He’s With You For A Reason
We both moved on, and our relationship probably ended for a good reason. Just because the two of us broke up though does not mean that we cannot have a good friendship. Please know your worth and do not be insecure or threatened by the ex-girlfriend. He is with you for a reason, do not ruin it by constantly fighting with him over me. It’s silly for you to compare yourself to his ex-girlfriend or consistently belittle them. If your boyfriend and his ex-girlfriend are truly just friends, embrace it – you may make a new friend too.

The reality is, relationships end for a reason. Some ex-couples are able to move past this and stay friends. Accept that they may potentially be around forever, and if you cannot do so – there will be lots of unnecessary drama. Don’t be that girlfriend – the one that thinks everyone is out to get her, and all ex-girlfriends are evil. You may one day become that ex-girlfriend, and you will feel the same thing as she is feeling right now. You’ll ask yourself, “What did I do? She doesn’t even know me”. If you become the girl who does that to all his ex-girlfriends, please note that they are probably asking their friends the same thing.