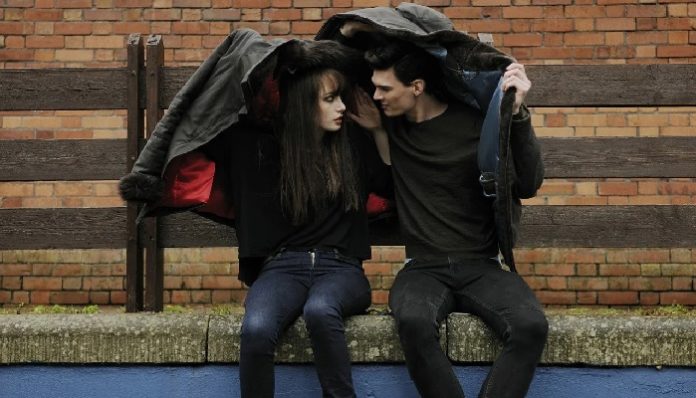 Your alarm clock buzzes next to your ear on a rainy Monday morning. It’s a rude awaking from the fairytale dream you just had, the one where you were happily cuddled up sleeping in his arms, but it’s reality so you get up and brush your teeth. That feeling you have of waking up to reality is what it feels like when you finally look up and see that you are in fact in the middle of a toxic relationship.

We get so caught up in the idea of our relationships that we don’t realize situations that may be harmful. We believe that we’re only unhappy if we’re fighting. We’re so blind that we get caught up in these relationships that are so toxic that when we finally come up for air, we realize we had been drowning this whole time without even knowing it. Here are 4 things to look out for if you think your love may be doing more harm than good.

It’s a new relationship. You don’t really want to have the “what are we doing” talk right away, but it’s a problem when you go into it thinking it’s a short fling and he thinks you’re going to be his wife one day. This probably means that you were looking for two different things, which creates problems from the start.

The hardest part about these kinds of relationships is that one person normally sees it before the other.

You move too fast without knowing it.

Neither of you probably notice that you’re picking up the pace. I’m not talking about sexual, either. While a toxic relationship could have sexual pressures embedded, typically, we somewhat know how to handle them thanks to that awkward sixth grade sex-ed class. However, moving too fast (non-sexually) adds just as much emotional pressure without either one of you really understanding why. Sometimes it’s subtle enough that you simply take it as flattery.

You feel like you are standing on a pedestal of perfection.

When he tells you how incredibly, perfectly, beautiful you are, it should make you feel like you are on top of the world (or at the very least, empower you a bit). But instead, it makes you feel the need to hide who you really are so that he won’t see your flaws or imperfections.You end up becoming more and more unlike yourself to try to fit into the mold of perfection he has set for you that you start to lose pieces of who you are.

It’s a relationship built by two people, therefore made toxic by two people in some way. Yeah, it ended because someone pulled the plug. But you can’t blame yourself for not seeing it until it was all over. One of you made it toxic, and the other let it happen.

Toxic relationships just happen sometimes. Other times, you know and just can’t bare to face the reality of it. But all you can do when it’s over, like most relationships, is learn from your mistakes and move forward.

Featured image via bdcbethebest on Pixabay