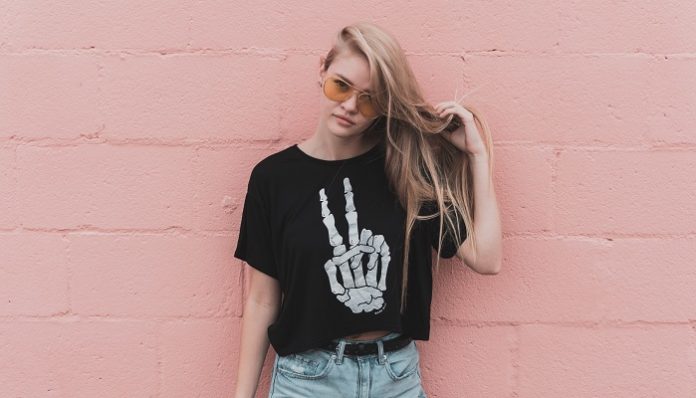 Imagine being the coolest cat in the world. According to you, it’s all groovy, baby. You know who you are. You’ve got the respect of your peers and, damn, if you share some of that risen superiority on Facebook, they will know just how you are the most cool cat on planet Earth.

What they don’t know — what you’ll die before exposing — is that you also like the Bee Gees and floral prints. And Patrick Swayze in Ghost. And a couple of those Pixar movies, whatever. Shhh. Your secret is safe with me.

So what if you actually thought Mike Myers was sexy as Austin Powers? Do you really think you were the only one? Death before compromise! None shall know of your dalliances with Il Cornballio. There shall be no pale yellow buttercream icing on your reputation. We shall always know ye as the unbendable ruler of all things acceptably cool amongst your cronies.

So cool are you that you’re like a massive (hopefully penis-shaped) icicle, just ready to crack under pressure. And the heat of an opposing opinion? Ah, that might just melt you down altogether.

If someone contradicts what you believe in, chill them into oblivion with your death-ray of intolerance. This will soothe the quickened doubts of your followers, just in case they were looking.

You may ask yourself, in awe, “How does cool like this come into the world?” Well, I’ll tell you.

It comes from being so rigid that you don’t allow anything into your life that isn’t pre-approved by the flock that made you think you were cool to begin with.

Being cool can be an addiction, and nothing acts more like cold turkey rehab than wanting to express a difference of opinion in the face of all those who are counting on you to be the oracle and dictator of your consistent, rigid cool.

Super-cool usually starts in the dark.

If you were a young adult in NYC during the late 70s and early 80s, you were one of two things: a punk or a disco person. I was a punk. To a punk, the disco people seemed so corny. They were the buttercream — something sticky, icky, and typical.

We, on the other hand, were the rebels, with or without a cause. Mostly without. But that didn’t matter because we had Bowie. And anarchy, and “Psycho Killer,” and the Ramones.

Organized, named dance steps would never be allowed to enter our world of spitting, bleeding, moshing, flailing, being altogether mysterious, and rebelling causelessly.

Being up there on this supernal level of cool, we locked in right away and sold ourselves the timeless idea that not only did we have Bowie, we had poetry and the moon.

We would have industrial music, goth, heavy metal. Also Chopin and Sartre. We were the owners and keepers of Lovecraft, Lou Reed, and Nosferatu. They, the buttercream coke-sniffers, had Barry Gibb, Joel Osteen and… Twilight.

One thing I’ve noticed about us dark types?

We’ve actually become so cool that we, as an organism, have become boring.

Proof of this lies in how we live our (dark) lives on social media, in comments and in reaction to others.

The neurotic and all-pervasive fear of being contradicted or tempted to express ourselves in original ways is our only concern. And we will not let others think that maybe it’s not all black and white.

It always comes down to the idea that we’d rather shut up than risk being disapproved of.

How can anyone like us if we say something out of character? Dracula doesn’t suddenly demand a midday drive in his Corolla over to Whole Foods for quinoa and kale.

What good is it to be this cool if we can never ever deviate from the expected norm?

That’s the funny thing about the word “normal.” We never think we’re the normal ones. It’s always someone over there, gooey and reliably programmed.

But what about us? What about we who believe we are the cream of the crop, the dark elite? We’re always the different ones. What happens when you bring together a mass amount of kooky, different, artsy types, all hell-bent on seeming different? You get a sameness.

All the originals turn into power mush. And all because no one has the nerve to be a true rebel.

Rebellion amongst the cool folks comes with rules. Break the rules and you may be demoted in coolness, especially if you show an alternate opinion. In other words, don’t rage against the machine.

No one ever thinks of themselves as uncool. And if we do, it’s because there’s been a place made for us in society where we can now call ourselves geeks and nerds, all trendily created so that we can once again fit in.

But sometimes the freak flag that flies so high is mass-produced.

There’s no word that generates more rebellion than the word “normal.” Nobody wants to be normal or thought of as normal. This desperate need to be different or cool takes us on a journey to find ourselves in others.

The problem here is that while strength in numbers fuels our souls for a while, there’s no individual brave enough to say, “You know, I’m tired of Bowie today. I think I just wanna watch Bones and eat a vegan burger with a shrimp cocktail. Oh damn, there’s my jam: ‘Cake by the Ocean.’”

If you want to belong to a club where everything is cool, then go to the place where there’s only one member: You. That’s where I go. And in my club, I do what I please.

I’m the boss, I’m the entertainment, I’m the rule, and I’m the rebel. I don’t care if nobody likes me or if I’m the only one with the nerve to say something as haughty and bodacious as, “Yeah, I think both ideas are OK.”

And that’s how I see the world. Everyone is just a dancer in my club. Cool, hot or just dressed in warm leatherette, it doesn’t matter what you think, wear, or do in my club. Because I’m the only one who knows that the password to the VIP room is “Me.”