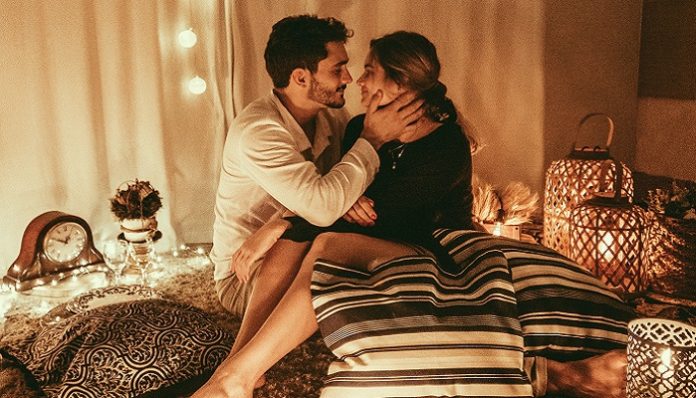 Dating isn’t what it used to be. It used to be easier, simpler. Less complicated and convoluted.

From an early age, I fell into the category of being an “old soul.” I had an apparent level of maturity and responsibility that my others lacked. I was more determined than others. I have always viewed the world completely differently than others my age.

People will ask me how I don’t have a boyfriend when I have the type of mindset that most people are looking for in a woman. But it’s not that easy.

To the old soul, love is something special. Emotion, affection, and our energy, and attention are sacred to us.

Dating, for the old soul, is hard.

As a 28-year-old woman who has been in the dating scene for quite some time, I’ve come to the conclusion about why dating has become so preposterously difficult. I’m going to list them in 6 points.

Dating is so much more complicated than what it needs to be nowadays. I think this is simply because we solely communicate via texting and apps. So much communication is lost through such virtual, artificial forms of talking. We take things the wrong way due to poor communication. Instead of actually picking up the phone and calling, or actually paying them a visit in person — we rely on emojis, smiley faces, and gifs to convey our moods.  We break up over text, we fight over text and honestly, we probably spend more time on our phones when we are together than we do actually talking. We don’t know how to communicate anymore. I am tired of this nonsense.

The fact is that nobody tries anymore. Men used to court women, but now, he will like your social media pictures and comment. There is no romance in that. Romance is definitely dead. If you are romantic in a traditional sense, you will probably be characterized as pathetic, too clingy or even creepy. Growing up in our generation, we think it’s acceptable to be asked out over a text that says, “Netflix?”…but Netflix isn’t even an excuse to hang out, it’s an excuse to hook up. Sex has become so readily available that people don’t connect on a deeper level, there is no intimacy.

3. Old souls hate that dating seems like a game.

Modern dating is like a game, attention spans are growing increasingly shorter and it’s not very hard to switch it up. We get bored easily and when we crave something new and exciting all we have to do is hop on our phone or hit the bar.

When people sit down for their first date it seems as if they look at the person across from them with an expiration date already in mind. Men and women go out on a date and if just one thing isn’t right, then stop trying- in the olden days, it used to be very simple. You know, let me figure out this person a little bit more. Let me see if this person’s really great. Maybe this thing that I don’t like tonight might have just been because they’re nervous or excited.

But now? We evaluate each other immediately. Wait, she’s got a lazy eye. I don’t like that, I’m going to back on the dating app and I am going to swipe for somebody “who’s perfect”.

4. Being honest is extremely hard but very important to old souls.

Why is it so hard to truly come out and say what we want? I’ll tell you why. We are a generation full of skeptics and are too obsessed with wanting instant gratification from people and their approval.

It’s tough facing the truth, it’s scary because when you’re honest, you are mentally naked, your thoughts exposed, the other people seeing clearly through you; therefore, just like how we are conscious of our appearances, we are the same way about our thoughts, and are afraid to expose them bare. And being honest with someone means your desires will most likely not match with theirs. Many are not honest to avoid confrontation. If you want to be with someone, tell them, if you don’t like someone please tell them. Do not drag people along, or toy with other’s feelings.

5. People are afraid of being vulnerable, but old souls need this.

Let’s face it, most of us have gotten hurt before, some worse than others, some more than others, but we have all faced rejection in our own ways. It’s a horrible feeling. We have been terribly hurt, cried tears over stupid people and infuriating circumstances, so our faith in people has declined. We know better. But you have to be brave enough to give people a chance. It’s scary. We are so exposed, so vulnerable, but this is the only way we know if something will work or not. Take risks. At the very least, you’ll know more about yourself should things go sour.

6. We live in a non-commitment culture, and old souls want more.

So what are we? Are we dating or are we just “talking”? Are we seeing other people? Now there are levels in dating before you get to a relationship status, there’s the “talking”, “hanging out”, “seeing where things go”. It feels like you have to prove yourself  “worthy” to someone in order to make things official. It seems to be a challenge every single step of the way. That sounds exhausting. The worst is when you have to explain to your friends about the person you like, but you’re not actually dating you’re just “talking.” Whatever that means.

So as an old soul and hopeless romantic preaching for some reason about our struggles in the dating world. Our time will come.

Dating may not be the easiest for an old soul, but there are people out there who will understand and love you. Be true to who you are, old soul and love will find its way in.

9 Things In Your Relationship That Should Just Feel Easy