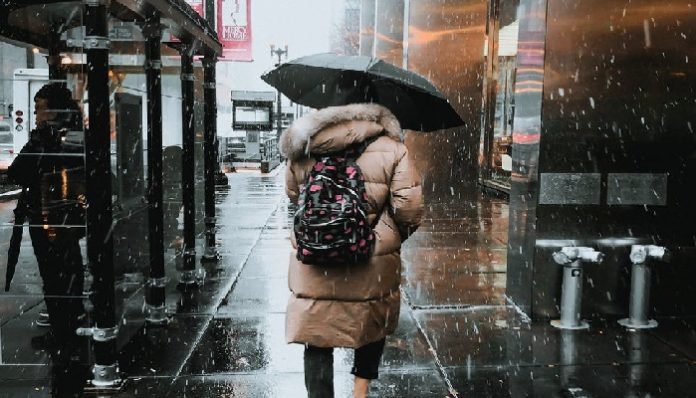 So, naturally, we crave to be in the big city. We crave to be where culture is diverse, the nightlife is alive, and the opportunities are endless.

For some, city life comes naturally and subsists instinctively. For others, the street smarts don’t come as easily. I, for one, am one of the latter.

When you’ve spent most, if not all of your life living comfortably in a small town, adapting to the urban jungle is not an easy feat.

For all you small town residents, I think I can confidently speak for all of us when I say small towns are hard to outgrow. You know everyone and they know you. You know every street and the memories they hold. You know every place has its story, one you can say backwards a thousand times.

It’s been almost a year since I moved to the London.

For anyone planning to make that big move in 2016, here’s seven things I wish someone had told me:

As a small town girl, my ability coordinate is pretty much non-existent. Luckily, I found CityMapper – the UK version of google maps – and am still using it today (my coordination never really improved…).

Being alone and feeling lonely are two different things, and you’ll have to learn how to be both.

In a city where time is money, finding friends may seem like mission impossible – especially in the beginning. What I’m trying to say is that you’re going to spend more nights than you’d care to eating leftovers in bed and watching reality TV shows on Netflix.

And you’re going to have to be okay with that.

You have to learn the art of letting go.

If there’s one thing London has taught me, it’s that there’s a time and place for everything and everyone in your life. Some will last forever, other’s won’t.

Some people aren’t meant to be in your life forever. People change, and the geographical distance sometimes gets in the way. If the friendship isn’t strong enough to withstand distance, then you’re better off making new friends or spending time on your own.

Trust me, your future self will thank you for it one day.

In a big city, nothing can be planned as schedules sometimes change faster than the speed of light.

But I learned that there’s no logic in planning for a future. How are you supposed to know what will happen tomorrow? Next week or even next year?

Take it one day at a time, and I guarantee you’ll sleep better at night.

You’re not allowed to be naïve.

People will take advantage of you when they know they can. And coming from someone who was once the epitome of “naïve,” you’re going to have to change that. A small city may have good intentions, but a big city certainly doesn’t.

Learn the value of saying ‘no’ and I promise, it will save you a whole lot of time.

Writing is undoubtedly the most powerful invention in history. It allows people to record complex emotions, ideas and thoughts, transporting them across both time and space. Writing allows you to be you, and there are no complicated privacy settings. You either share your words with people, or you don’t, it’s completely up to you.

Learn to be yourself.

In a city where people barely remember your name, being yourself is actually the easiest thing you can do.

Learn to be you, wholly and unapologetic.

Big cities are pretty tiring, so why waste your energy on pretending to be someone you’re not?

I am no longer the small town, naïve girl I was once known as.

Instead, I made London my playground.

So, thank you London for allowing me to hook up with that guy without it being plastered Instagram and the talk of the whole town. Thank you for allowing me to go to on a walk and cry when life became just a little too hard without a small army asking what’s wrong. Thank you for giving me a million types of restaurants to pick from. Thank you for teaching me there are so many different types of people in the world and that it’s okay to want to explore beyond what I already know.

Most importantly, thank you for taking me out of the small-town life, out of my comfort zone and into the fast-paced lifestyle of glamour, knowledge, and culture that has taught me more about life in one year than in my entire period of existence.

I was born a small-town girl, but the big city made me who I am today.

And for that, I will be forever grateful.

5 Signs That Your Boyfriend Is Planning To Propose To You