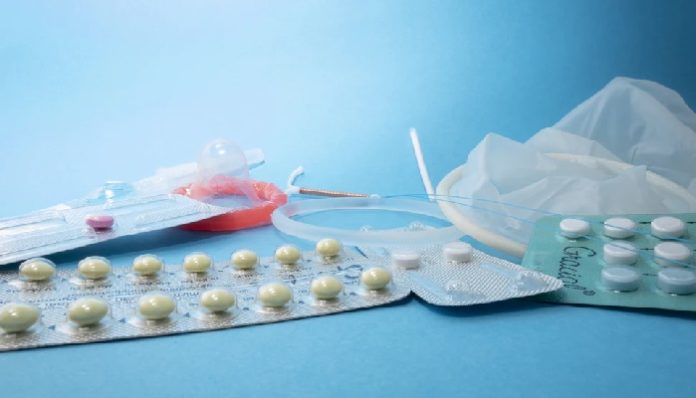 Most women will take some form of birth control in their lifetime but what if men can join us in the birth control world and experience what women have dealt with for over 60 years. Ever since men started using condoms with animal skins hundreds of years ago, we have approached birth control as a way of preventing fertilization in a woman. It is time to get out of the stone age and join the 21st medical technologies age to focus more about men’s responsibility in preventing contraception. Science has developed the first male birth control referred to as Vasalgel which will be on the market by 2017.

The cost will be less than the cost of a flat-screen TV. Unlike most forms of female birth control, Vasalgel is non-hormonal and only requires a single treatment in order to be effective for an extended period of time. Rather than cutting the vas deferens as would be done in a vasectomy, Vasagel involves the injection of a polymer contraceptive directly into the vas deferens. This polymer will then block any sperm that attempt to pass through the tube. The polymer can be flushed out with a second injection if a man wishes to bring his sperm count back up.

Why do we need Vasalgel?

It might seem as if men are unstoppable sperm machines, especially given the fact they produce 1,500 of them per second. Technologies like Vasalgel and RISUG are not interfering with the production of sperm itself in the same way that female birth control often interferes with ovulation. Unlike female birth control pills, it would not have to be repeated every month. Rather, the treatment could last for six months or longer.

Vasalgel hasn’t been tested on humans yet – only animals. Until the product is tested on humans, we can not be completely certain that the effect will translate to our kind. The researchers plan to run clinical trials on humans in 2016.

If Vasalgel does make it on the market in the next three years, the contraceptive political impact on both a personal and nation-wide scale could be staggering. Not only will the financial and physical burden possibly be divided a little more evenly between partners. Will that lead to a more empathetic and egalitarian view of contraception over all? Cheers to that.