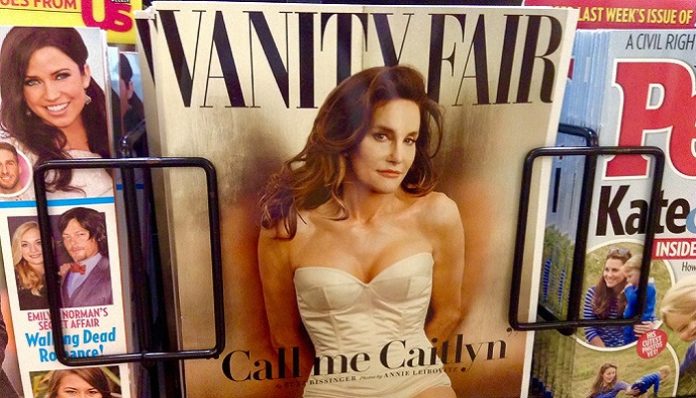 A few months back, I wrote about my deep rooted, seething hatred for the Kardashian clan. Not an aversion for them as individuals (for certainly I have never met them personally) but an aversion for what they represent: our culture’s fascination with superficiality.

I never thought I would say it because I never in a million years believed it would ever be true. But now I can say there is one “Kardashian” for whom I have a newfound, sincere respect. A Kardashian that I like (well technically not a Kardashian, but one by association).

On Monday, we got our answer. Vanity Fair introduced Caitlyn Jenner to the world. Immediate thought: If I can look that good at 65, I am certainly doing something right.

Caitlyn Jenner and her story, her struggle, her truth, exhibit the sort of incredible strength that can’t be measured in the way that Bruce Jenner’s physical strength and athletic prowess once was, the strength that marked him as one of the greatest athletes in recent memory. She manifests a profound courage that will resonate in the minds of people for generations to come.

I’m not saying it all makes sense to me because it doesn’t. I’m still trying to understand. So is everyone else. Sure some are still incredulous, but I’ve met more people who are accepting rather than prejudicial. And that gives me hope. Although I can be cynical, at the end of the day, I truly believe in humanity and its capacity for good. Jenner’s story reminded me of it in the best way.

So the Vanity Fair cover is all that anyone’s been talking about and that’s no surprise. Over the years there have been many magazine covers that have become part of a cultural phenomenon: National Geographic’s Afghani Girl whose eyes “captivated” the world in the 1985; Time’s controversial portrait of O.J. Simpson in the wake of his trial in 1994; Glamour’s August 1968 issue that marked the first time a black woman was featured on the cover of a mainstream women’s magazine in the U.S., to name a few. All of these covers withstood the test of time, and Jenner’s Vanity Fair issue soon will too.

Thank you, Caitlyn Jenner, for your strength, humility, and grace. But mostly for going against the Kardashian grain and choosing Caitlyn instead of Kaitlyn. (It’s the little things that make life great.)