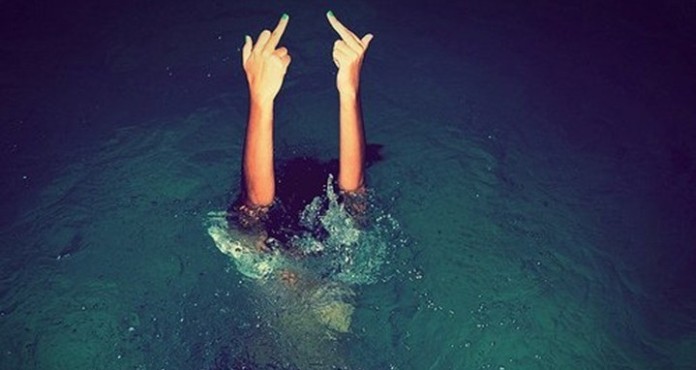 At one time or another, we’ve all poured our hearts out into a text message that turned out longer than a J.K. Rowling novel. We’ve sent it and wondered what that person’s response will be while we plan out our next novel. Then, approximately an hour later, you get a text message from that person, expecting it to be rather lengthy (especially considering it took them an hour to reply), only to look down and find “K”. It’s amazing how devastating and incredibly irritating one letter can be. 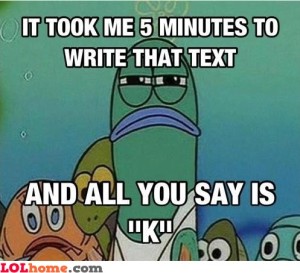 You have a burning desire to just reply with a “Seriously? K? Is that all you have to say?” To me when I receive a “K”, I think one of three things. One, that person does not care about what you had to say and it’s their way of relaying that to you. Two, they are giving you the good ol’ middle finger because they are not too happy with you. OR three, all of the above. 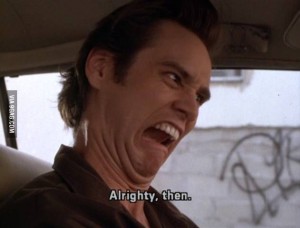 I’m not going to lie; it definitely feels like a big slap to the face. It would be like having a face-to-face conversation and after you’re done talking, that person just gives you a blank stare and then flips you off and walks away. RUDE. Then comes the moment when you immediately regret saying anything because of how they reacted. Where is the undo button when you need it?

I think that if you are just going to send “K”, stop yourself. It is better to not send anything at all than to send a meaningless letter. Nothing hits further below the belt than that. Even an “okay” would be better than a “K” because at least with that, you had the decency to spell out a full word. Are your fingers broken? Did something happen to you that stopped you from sending more? Unless you are getting kidnapped and thrown into a pool of electric eels, there should be no excuse as to why I got a one letter as a response.

So, to all my lovely readers out there who come across a “K”, here are some examples to reply to such atrocities.

There is the extreme circumstance. 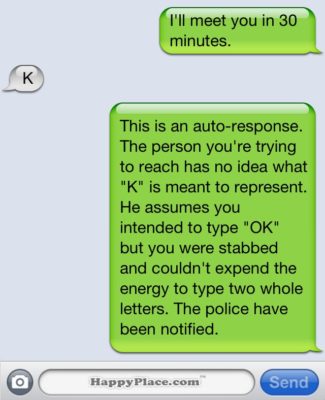 The “I’m even more angry than your ‘K'” response. 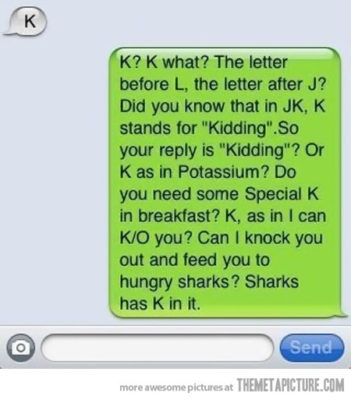 And last but not least…

So next time someone basically says “f*ck you” over text with “K,” give it right back to them.