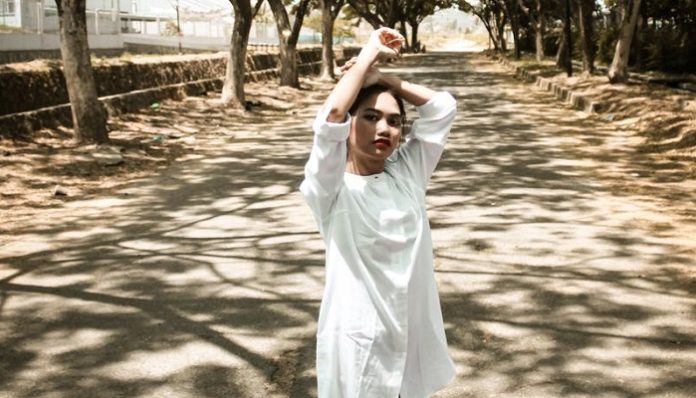 “Hey, I’m on my way to work now. Please text me when you leave. I love you, and I’m going to miss you so much.” I felt like I was sending away my heart as I sent that text, breathing into the cold air, shoving my hands into the pockets of my plaid peacoat at 9:45AM on November 1st.

My boyfriend was moving.

And it was the saddest moment in my life.

He and I fit together so well, I couldn’t imagine finding someone who fit better. We had talked about marriage, and even though we would fight about it more often than not, we had ultimately decided that it was a mutual desire. He had even called my little sister asking for advice on how to pop the question.

We had known for 3 weeks that he was leaving, and we had spent 2 of those weeks pretending that it wasn’t happening.

And the last day before he moved? I woke up with tears in my eyes. I cried my way through the day as I sat in class, did my homework, and got my Halloween costume ready. I had to hold back on the costume makeup and make sure that whatever I was about to plaster on my face WAS wearing was waterproof.

His last words the night before, as he kissed me goodbye on the stairs outside his apartment, caused my heart to feel like it was being ripped in half. “Hey, I really care about you, okay? I always will. I love you,” he said, before shutting the door. I called back, “Yeah, okay, I care about you too,” in the joking tone that I always used.

I clocked into work the next morning, and tried to pretend that my eyes weren’t puffy and red. I got my daily assignment, dressing room, and struggled all morning to blink away tears. I blew off the questions from coworkers when they asked what was wrong. I told them I had allergies, which we all knew was BS. When my emotions got bad enough, I would rush to the bathroom to throw up, and I made excuses (at least one of my coworkers was convinced I was pregnant). I processed box after box of shoes that I couldn’t actually see past the veil of tears over my eyes.

There was one box of shoes that I will never forget.

Shortly after 12, after 2 hours of struggling to keep myself together, I stood in the dressing room. I was processing a box of the ugliest shoes that I had ever seen, when I looked up to see the most beautiful human being walking towards me.

I had always thought my boyfriend was attractive, but he seemed to almost glow as he walked up to me, in his jeans and a red hoodie.

My face broke into the biggest smile. “You are literally the last person I expected to see today.” I said, as he came forward and enveloped me in his arms. He laughed, kissing me. “I know. That’s why I’m here.”

“I thought you left at 7, though.” I pulled away, not wanting to get in trouble for PDA.

“We had a bunch of errands we had to run. I had to practically beg Kevin to let me stop by and say goodbye to you.” He shoved his hands into his pockets and looked at me with those beautiful blue eyes and my knees threatened to buckle. I looked down at the shoes, my eyes no longer threatening to spill over, for that brief, blissful moment.

“I can’t stay,” he said, as I felt my heart drop down to my feet. “Kevin is idling outside. He’ll kill me if I take more than a minute.” He reached out for me, holding me to his chest.

“I don’t want you to leave me,” I whispered, fighting back tears.

He pulled away, pressing his lips against mine for the last time. “This isn’t for forever. I love you.”

As I watched that beautiful man walk away, I lost it. I leaned against the table, bent over double, as sobs threatened to loudly leave my throat, as my eyes burned with tears that couldn’t be released fast enough. The rest of the day my heart felt like it was going to stop working. I had never felt so much pain in my entire life. I begged my boss to let me leave early, and she refused. My eyes threatened to leak at the most inconvenient moments. My stomach lurched and twisted while I would be talking to customers, directing them to their dressing rooms, my eyes glazed over with tears.

Everyday, walking into that dressing room, was like a wound being ripped back open, for two months. Every time I’d see those hideous shiny shoes, a small part of me died.

I couldn’t be faced everyday with such a simple reminder of what I’d lost.

And so, I quit my job. I found somewhere new, somewhere that wasn’t full of memories of him picking me up for lunch dates, of anticipating going to his place as soon as I got off work, of pick-ups and drop-offs in his car. The memory of my loss.

I quit my job because there was nothing else I could do to stop the pain.

4 Tragic Stories That Prove You Should Never Buy A Puppy...

How We’re Ruining The Next Generation Without Even Realizing It