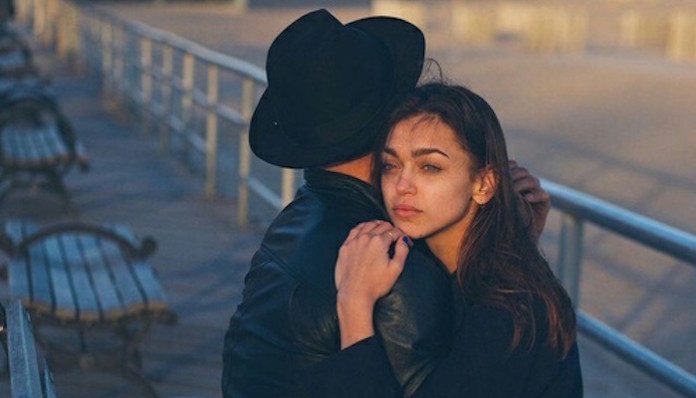 Breaking up is tough, but it’s something we all have to deal with at some point. We’d all like to think we’ll meet someone, fall in love, and live happily ever after, but that’s not the reality for about 99% of our generation.

We fall out of love (and struggle to admit it), we fight (and don’t know how to apologize), we break up (and start over again), but some people don’t have the courage to take the final leap and say, ‘I’m done.’ You all know a couple like it; two people who really shouldn’t be together. All they do is bicker, they don’t smile any more, or even hold hands. They don’t even like each other anymore, and they’re only staying together because it’s easier than breaking up. The frustrating part of all this is, they don’t ever seem to notice they’d be better off apart.

Here are 9 signs that show you really need to stop holding on to a dead relationship:

1. You’re persistently getting annoyed at nothing.

Their laugh, the way they chew, that stupid joke that used to have you in giggling fits on the floor; now they all get an eye roll and an exasperated sigh. Literally everything your S.O. does grates on every nerve in your body, and you just want to slap them to make it stop.

You should want to spend time with your other half, not do it because you feel like you should or you’ve got nothing else to do. It should be fun to see them. When you’re finding yourself avoiding making plans with them because you’d prefer to catch up on Netflix, maybe you should stop making excuses and tell them you don’t want to see them at all.

If they don’t tell you anything anymore, you’re finding out things they’ve done over Facebook or through friends, you’re clearly not important enough to share things with any more. And if anybody feels the need to hide their phones / lock that cupboard /  password protect everything, they’re probably hiding something you don’t want to see. And if it’s you doing it? Doesn’t need an explanation.

4. You’re suddenly not involved in each other lives.

The family dinners, parties, and get-togethers you used to attend together are suddenly friends and family only. You’re not a central part of their lives any more, and if they’d rather fly solo, let them be solo!

5. You’re  questioning your future together.

You don’t need to be picking out centerpieces and writing vows, but usually after a certain amount of time in a relationship, you’d be certain about the near future. Should you plan a holiday next year? Where are you spending Christmas? Where will you take them for their birthday? When you get to a point you’re not sure if you’ll even be together next week, you should cut out the uncertainty and end it yourself.

6. You think it’ll work if they change.

When you’re with someone, you should love who they are, not who you want them to be. If your only hope for a relationship is hoping they’ll magically change into the perfect person of your dreams, you need to stop. People don’t just change overnight; find someone who makes you happy without changing who they are.

7. Sex is either non-existent, or it’s the only thing you do together.

That spark doesn’t last forever – you won’t necessarily always constantly be attracted to your partner’s face, that’s just the way relationships work. But, if you just aren’t interesting in some lovemaking, maybe the spark is gone for good.

On the other hand, if the only thing you actually do as couple is jump each others bones, maybe you’d be more happy with a hook-up than a relationship. Sex is great, but there’s much more to a healthy relationship than that.

8. You think they’re cheating, or lying.

Even if they’re not, it’s never a good sign to think it in the first place. It either means they’re acting shady, or you don’t trust them at all. Whichever one it is, you’ve got to face the problem or it will only get worse.

Sometimes, there isn’t anything wrong with your relationship, but you have this terrible gut feeling it isn’t right, either. It’s not exciting, you don’t get the butterflies you used to when you see them, and you’re just not as interested as you once were. If you don’t think it’s right – it isn’t.

I’m not saying we should all go and break up with our partners every time we bicker or suspect something is wrong, but relationships are supposed to enhance our lives, and ourselves, not bring us down. Would you hold on to a weight when you’re trying to keep your head above water? Of course not. It would hurt you, you would struggle and wonder why you’re doing this to yourself. You need to let it go. You need to learn to let it go, even when you really don’t want to.

Quarter-Life Crisis: 25 Things You Will Inevitably Learn Before You Turn...