Beware: This article may contain spoilers.

My boyfriend and I watched Paper Towns on a Thursday; the day of release. When it was over, he turned to me and told me all the flaws in the plot and story. He told me how it should’ve gone and how it should’ve ended. That if he were Margo Roth Spiegelman, he would have been leaving clues for the entire 9 years Quentin thought he’d been drifting, but disappear before he found them all. He’d have the movie end with Q figuring them out too late. And, “you know what I mean by too late”.

For a while, I was bothered.

I was bothered that a part of me agreed with him, and wished that Margo had died, or left Agloe, or even just disappeared. That the literary and interpretive combination of John Green, Michael H. Weber and Scott Neustadter hadn’t drove Quentin and his friends (and the audience) through 281 pages of hype and 21/26 hours of bland road, only to find disappointment at the end of the journey.

As morbid as it may sound, I wished that Q’s Margo could continue to live, and for that, the real Margo had to “die”. And at least, if he couldn’t return to Florida with the real Margo, the Margo of his own could make him 100 times happier anyway.

I was bothered that I understood; irrefutably and undeniably, why he wouldn’t want to be found.

But most of all, I was bothered by the fact that in that moment, untangling myself from his deep red hoodie and untangling his arms from me, I had realized: we cannot be.

We are wrong for each other, we have nothing to give. We cannot be, at least not right now. And I’ll tell you why.

We cannot be because we are both Margo Roth Spiegelman.

We are two beautiful, complex ideas – that collide and crash to nothing.

But here, I propose, another ending. Something I think we’d both be able to appreciate: We will disappear. And people will look. They’ll continue to wonder, and imagine, and hope. But no one will find us, not yet, and that’s okay. Because we’ll know that job belongs to us.

We cannot be, at least not right now, because we are both Margo Roth Spiegelman.

And she wants to be the first one she finds. 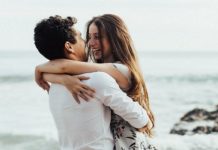 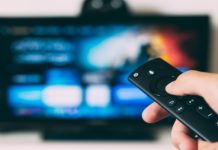